The South-West Indian Ocean seascape is an increasingly contentious geopolitical space. It is also significant for Africa’s security and development.

So when Al Jazeera provided satellite imagery and residents’ testimony showing that India is building what appears to be military facilities on Mauritius’s North Agaléga island, the story quickly became a matter of public interest. Even the notion of a military facility escalates this beyond India-Mauritius bilateral relations and onto the regional and multilateral level.

So far, the facilities have been framed as a development priority to improve this remote island’s sea and air connectivity and support the Mauritius Coast Guard. The installations would undeniably increase the country’s surveillance, maritime awareness and staging capabilities once fully functional.

But how suitable is a 3 000 m runway, two deepwater jetties, probable barracks and fields with military utility as a service to the 300 people living on two tiny islands seldom visited by tourists? 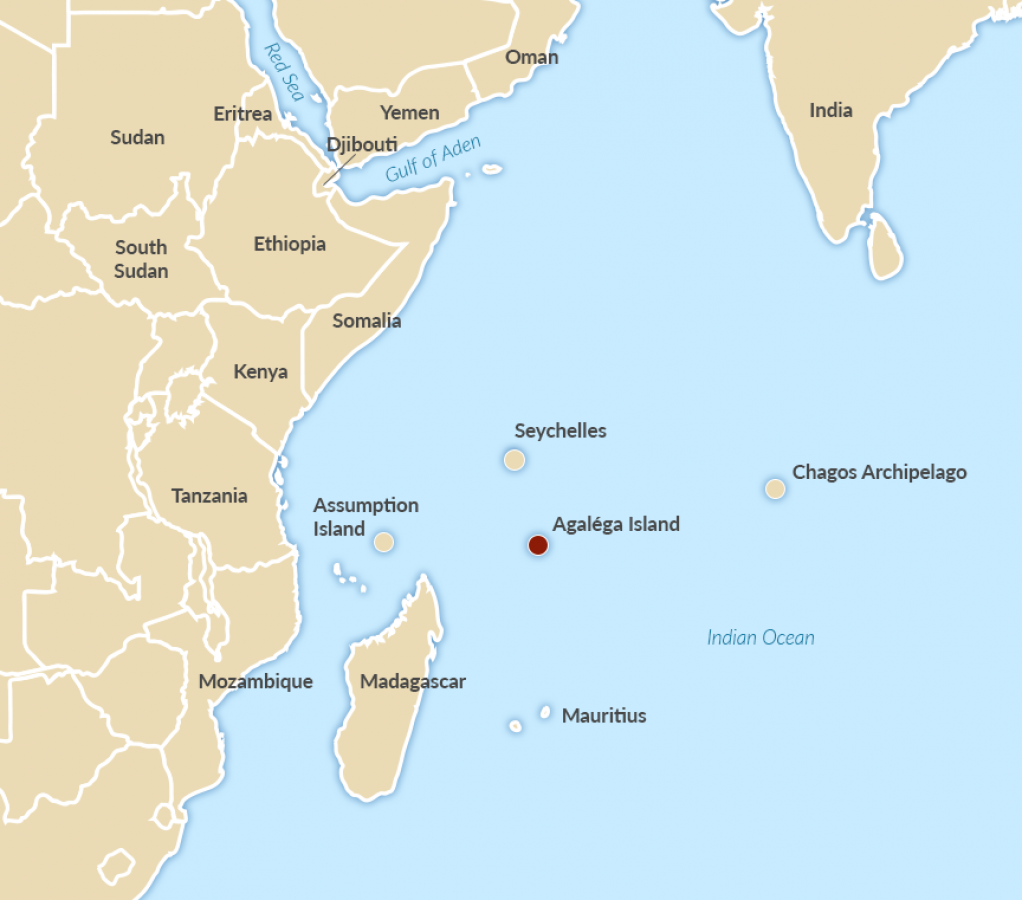 These developments won’t surprise maritime security and strategy observers of Indo-Pacific affairs. India’s interest in building a facility on the islands goes back well over a decade. Public concern over ceding any sovereignty meant successive Mauritian governments declined India’s overtures. This changed in 2015 after Indian Prime Minister Narendra Modi and Mauritian counterpart Pravind Kumar Jugnauth signed a memorandum of understanding to upgrade the facilities.

Mauritius and India will be sensitive to discussions about the matter for two reasons. First, it appears to fit a familiar pattern of naval or military facilities built by non-African states in the Red Sea and Gulf of Aden. Notable examples include those of China and the United States (US) in Djibouti, and Russia in Sudan. Although initiated in the name of anti-piracy and shipping security, they were usually viewed as attempts to create a military presence in the region.

Debates over the impact and functions of these installations are often caught up in the morass of semantics. Both host and constructing states claim they are not creating a ‘base’ (with military connotations). Instead, they use neutral terminology and attribute their need to peaceful purposes and public benefit, such as good order at sea.

Second, both countries shy away from scrutiny that frames this as a matter of ceding sovereignty. Intriguingly, the Seychelles in 2018 opposed India’s request to build facilities on Assumption island due to fears that the deal amounted to giving up territorial control. For Mauritius and Agaléga’s inhabitants, comparisons might be made with Mauritius's dispute with the United Kingdom (UK) over the decolonisation and sovereignty of the Chagos Archipelago, where the UK and US constructed a military base during the Cold War.

A state’s ability to have a sustained presence in maritime chokepoints offers a significant strategic advantage in times of conflict. A chokepoint can cause backlogs and delays, severely disrupting shipping routes that countries rely on for food and energy imports.

Thirty percent of global tanker traffic and sizeable offshore gas reserves in the Mozambique Channel have attracted international investment from companies such as TotalEnergies and countries such as Japan, China, the US, EU states, the UK and India. All have a substantial interest in securing the offshore area to extract natural gas that will become an increasingly crucial component of their future energy-generation policies.

India is the third largest consumer of gas in the world, and the security of an efficient sea route from Mozambique to India is undeniably enhanced by facilities on islands such as North Agaléga. Its location is also far enough away from the Mozambique Channel not to alarm other countries, yet close enough to permit a prompt presence and project seapower if needed.

The location and description of facilities can have massive geopolitical ramifications. Calling something a military base is guaranteed to cause a security dilemma between competitive states. Therefore, the presence of non-African navies in African waters and the roles they intend to play are of shared importance. Steps should be taken to avoid confusion and suspicion that could destabilise the region.

The African Union (AU) and the regional economic communities must ensure that security initiatives by member states are coordinated and managed in the interest of common maritime security.

At a recent AU Peace and Security Council meeting on maritime security, members emphasised that ‘complementary international and/or regional cooperation should be undertaken in a manner that respects the national sovereignty of the concerned littoral states and their national ownership and priorities.’

To follow up on this discussion, a mapping survey could be done of facilities in African territory, analysing the naval or maritime implications for their respective regions. The AU Political Affairs, Peace and Security Commission could initiate this process by, for instance, organising a meeting to discuss the growing presence of extra-regional actors in the South-West Indian Ocean.

India might respond positively considering that on 9 August it convened and chaired the first UN Security Council debate on maritime security. It emphasised the centrality of international cooperation and freedom of navigation as cornerstones of safety and security at sea. A discussion initiated by the AU would occur against the backdrop of New Delhi’s global diplomatic efforts to become a globally recognised leader on maritime security throughout the Indian Ocean.

This is in Africa’s long-term interest. The continent cannot afford to be divided or silent on what seems like a minor maritime issue on a tiny island. Without AU leadership, the continent risks being swept up and away in tides of geopolitical competition and the actions of navies in African waters.