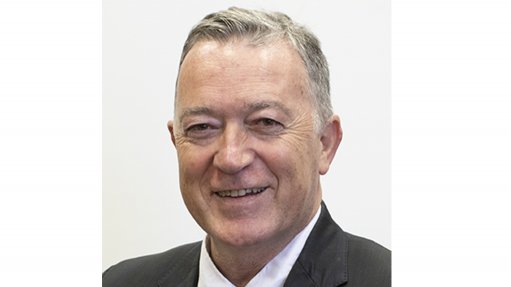 On Saturday October 9, 2021, the African National Congress (ANC) in the Western Cape held its Manifesto Launch at the iconic Samaaj Centre in Gatesville. It was at this event where the ANC Treasurer General Paul Mashatile correctly characterised the Western Cape as the last bastion of Apartheid.

The elections are an opportunity to renew the social compact and get a new mandate from the people to govern.

The ANC lost power to the Democratic Alliance (DA) in the Cape Metro exactly 15 years ago. While the loss of power is bad, it is also a learning opportunity and a chance to reflect on past mistakes and rebuild and renew the organisation so we can provide a capable government that will provide effective and efficient service delivery and clean governance to the people.

Our President has made it clear that the ANC has made some serious mistakes – corruption, factionalism and gate-keeping, to mention a few. We can see how the renewal and unity mandate led by our President and the ANC NEC is actually changing the organizational culture within the ANC. It is now broadly accepted in the ANC that those of our members who are facing serious charges must step aside. This is not a debate in the ANC. It is now part of the renewal culture.

As the Head of Elections in the Western Cape, I was given an opportunity to make a pledge on behalf of our organisation.

The ANC manifesto talks about building communities together by putting our best candidates forward in each and every ward.

These are servants of the people who are not corrupt, not thieves and not dispensers of patronage. The ANC is the only organisation which followed an open and democratic process to select its councillor candidates; including giving communities an opportunity to select its preferred candidates for the ANC. Our rigorous selection and vetting processes have ensured that all those with a questionable past and those who are facing various serious charges in court may not stand as councillor candidates. On lists of various other parties, including the DA, there are names of those facing serious crimes, including corruption and money laundering.

The biggest obstacle to building communities together in the city and local municipalities is the DA . This has to change come November 1.

We have been making steady progress in the Western Cape on our journey of winning back the trust of many who had become disillusioned.

The DA, who neglected service delivery to the poor, told many blue lies, resulting in many people across many municipalities turning their backs on them. Now, in 2021, the ANC governs and leads coalitions in 10 municipalities following victories in by-elections  – Matzikama, Cederberg, Beaufort West, Prince Albert, Laingsburg, Karoo District, Kannaland, Bitou, Knysna and Oudtshoorn. In some we are working with coalition partners who left the DA. The people have finally seen the DA for what it is:

Its track record over the past 15 years in the City Council and 12 years in the Western Cape government proves all this right. Below I take a closer look at DA rule in the province:

The ANC can and will do better in governing municipalities in the province. We are asking our people for another chance to govern and here are the 10 priorities which ANC will pursue in the City of Cape Town:

These are not promises but commitments we make to the masses of our people as we renew the social compact with the people. We are asking the people of the Western Cape to vote out the uncaring DA government on November 1 and give the ANC another chance.

Written by Cameron Dugmore, ANC MPL and Leader of the opposition in Western Cape Legislature