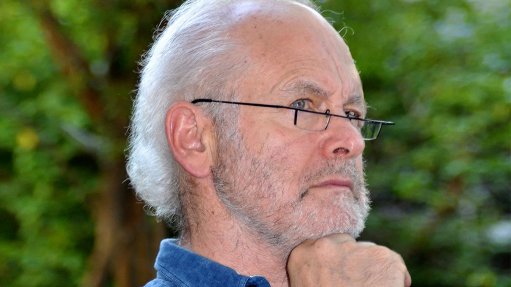 One of the striking features of South African politics in recent years is its re-militarisation, meaning that there is a tendency for political issues to be addressed or resolved through the use of force. This is part of a wider problem of violence suffusing South African society in general – that people, especially men, vent their anger with violence rather than discuss what has caused them to be annoyed in areas unrelated to politics, for example what is called “road rage”.

In the political terrain acts of violence are also a substitute for resolving an issue, or debating or negotiating a compromise on areas of difference. Very often they are also a negation of the democratic institutions that may have been established to address exactly such issues.

Under apartheid various massacres and killings demonstrated that black life – the lives of a rightless people – was cheaper than conceding to a demand or listening to reasons for a protest.

There are two elements to this phenomenon, the second flowing inevitably from the first. One is that the apartheid regime was not prepared to hear the views of or engage in debate with the rightless majority.

The other element behind the massacres is one of dehumanisation, in other words a refusal to treat black people as full human beings. One of the qualities of being human, or what Aristotle two thousand years ago called a ‘political animal’, is the ability to think and evaluate and reason, and in denying an engagement on these terms the apartheid regime was dehumanising the black Other.

Violence draws a line between what is conceded to be the political terrain – the place of engagement over ideas – and the Other. It is a line encircling those who are full human beings, who are entitled to human rights and consequently constituted as human. Any person whose statements need not be listened to, whose words do not need to be heard or whose language it is not necessary to comprehend, is outside that circle; not needing to be treated as a full human being entitled to rational engagement. Any person who is not answered and engaged in discussion on issues of concern is dehumanised, not counted as human, deprived of their human rights.

Surprisingly, this feature of apartheid life has not disappeared, insofar as the patterns of national oppression of the past have not disappeared in the conditions of life experienced by very many black people.

But the dehumanisation finds a directly political expression in the way present-day authorities respond to the local protests of a people who are now politically enfranchised and supposedly entitled to full rights as citizens. Despite having the vote, it is accepted as a fact of political life that where residents march over the failure to provide basic services, they are met by police and often dispersed by force, which sometimes turns lethal.

Police officials have remarked in Gauteng that they are powerless to address the issues that arouse the anger of the protesters. The pattern is that those who make the decisions or have the power to answer the protesters with explanations or undertakings do not meet them, leaving them instead to face police aggression.

But it is not the government, or the ANC alone, that is responsible for this dehumanisation, killing and murder.  A marked feature of the Marikana massacre, for example, was that Lonmin was unwilling to meet with the striking workers; unwilling to talk, to engage with them as rational human beings.

What is significant about the entire Zuma period is that this violent displacement of the practice of politics through reasoning has spread to national politics, first in the rowdy process leading to [Jacob] Zuma’s accession to the African National Congress (ANC) and state presidencies, when his allies – then including Julius Malema and Zwelinzima Vavi – said they would “kill for Zuma!” When COPE was formed as a breakaway from the ANC and sought to contest elections, its meetings were often broken up through violence.

Such violence we have now seen spread to parliament, with the incursions of the riot police into the chamber.  These cases of ANC and State-sponsored violence at a national level may not signify the denial of the humanity of political opponents so much as the depoliticisation of what ought to be primary places of public debate.

It may well be that we can say that this political violence is a notable feature of the Zuma presidency. But we need to ask ourselves whether there were precursors to this phenomenon that made it easier for the present situation to eventuate.

Murder was not absent in the earlier periods of post-apartheid democracy.  Noby Ngombane, an ANC and SACP member and official of the Free State government, was murdered in 2005.  It is said that the name of the murderer was known and spoken about in taverns. Smuts Ngonyama, then an ANC official, said ANC members do not kill ANC members, immediately excluding some who may have been suspects. Instead, Ngombane’s wife Nokwanda and her siblings were arrested and spent two years on trial, in the course of which various irregularities occurred, including the torture of Nokwanda’s brother, Bongani Mlambo. After two years the charges were withdrawn and an inquest later cleared the family of any involvement. The murderer of Noby Ngombane has never been apprehended.

I recall at the time that some ANC and SACP leaders with whom I spoke were surprised at my interest in airing the question. That they were surprised points, perhaps, to a higher tolerance of such killings than is credited to this earlier period. Alternatively, statements like those of Smuts Ngonyama may indicate a closing of ranks to protect the killer. In that sense, the type of violence we are seeing now may be a more familiar phenomenon than it first appeared.

Professor Raymond Suttner, attached to Rhodes University and UNISA, is an analyst on current political questions and leadership issues. He writes a regular column and is interviewed weekly on Creamer Media’s Polity.org.za. Suttner is a former political prisoner and was in the leadership of the ANC-led alliance in the 1990s. His book 'Recovering democracy' will be published by Jacana Media and Lynn Rienner early in 2015. He blogs at raymondsuttner.com. His twitter handle is @raymondsuttner.