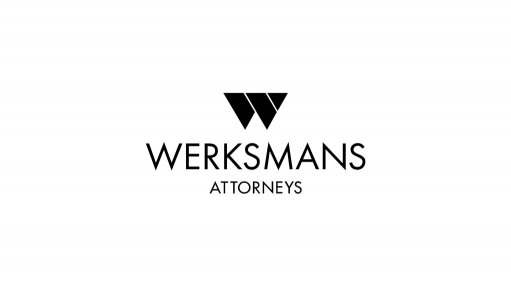 1. Our clients, Messrs Ivan Pillay, Johann van Loggerenberg, and Andries Janse van Rensburg, welcome the decision by the National Director of Public Prosecution (NDPP) to formally withdraw the criminal charges against them today in the Gauteng North High Court.

2. While commentary surrounding these charges and the myth of a “rogue unit” at the South African Revenue Service (SARS) have entertained many a political and legal pundit, there is no accounting for the distress that these charges and the entire “rogue unit” falsity have caused the families of our clients, their colleagues and friends, and more seriously, for the massive damage it has done to SARS.

3. The decimation of SARS’ enforcement capability took place as those carrying out their destructive agenda used the “rogue unit” narrative as a cover and a distraction for their own misdeeds. For a long time, this smokescreen hid from sight the evisceration of SARS’ capability to effectively enforce tax and customs law. This led to untold losses to the nation’s purse and a general decline in the levels of tax compliance.

4. Even as the charges are dropped, with an entire panel of advocates and the NDPP herself saying there is no evidence to continue a prosecution against our clients, our clients maintain that those who would like to continue the plunder of state institutions still repeat the “rogue unit” narrative. It has also a cudgel by which to attack the current Minister of Public Enterprises, Mr Pravin Gordhan. Our clients believe that they beat the empty vessel of social media in the hope that the noise they create will distract from their own wrongdoing. They profit from the dysfunction in State institutions.

5. It is fitting to briefly summarise the bizarre chronology of the case against our clients, especially since it was the second time that charges drawn from the same docket - CAS427/05/15 - have been dropped. The first prosecution against Pillay, Gordhan and Mr Oupa Magashula, was announced with great fanfare by the former NDPP, Shaun Abrahams, in October 2016, only to be withdrawn twenty days later when it emerged that material, exculpatory evidence had been suppressed in the course of the investigation.

6. It was later revealed that Berning Ntlemeza, the former head of Directorate for Priority Crime Investigations (the Hawks) had deliberately suppressed such information from the NDPP.

7.1  they relied on a biased complainant, i.e. by the Zuma-appointed SARS Commissioner, Tom Moyane;

7.2  they conflated fact with conspiracy theories;

7.3  they disregarded material exculpatory information; and

8. Given the volume of commentary and the number of investigations surrounding the investigative unit at SARS, one would expect that the basic facts about it would be well known. Regrettably, they aren’t. It is therefore fitting to repeat that:

8.1 when the National Research Group was formed in 2007, it comprised of only 26 SARS employees out of more than 15 000 SARS employees. Its complement was reduced gradually until only seven members in October 2009, one of which went on to another department, leaving only six in 2014, when it was disbanded under Moyane;

8.2 in its work, it was restricted to investigating, for tax and customs law purposes, actors in the illicit economy. 81 such investigations were conducted during the unit’s lifespan. All of these are on record at SARS.  It never investigated cases that were related to national security as is defined in relevant law and thus never acted as an intelligence agency;

8.3 it worked in concert with the South African Police Service (SAPS) and the then National Intelligence Agency (NIA) in combating the illegal trade in perlemoen (abalone), narcotics and tobacco smuggling. Notable achievements were recorded without controversy and included:

8.3.1 a record seizure of three tonnes of smuggled abalone;

8.3.2  the seizure of Methamphetamine used in the manufacture of dangerous illicit drugs to the value of R270 million and the discovery of a factory where these drugs were being manufactured;

8.3.3  assessments for tax frauds of close to R1 billion;

8.3.4  tracing of assets, key evidence against, and the seizure of an illegal gold smelting plant, linked to the convicted criminal Radovan Krejcir;

8.3.5  multiple arrests of suspects (effected by the SAPS) of abalone, tobacco and cigarette smuggling, theft and robberies from SARS warehouses; and

8.3.6  a world-record detention, seizure and forfeiture of over 70 tonnes of illicit tobacco in a single bust. Remarkably the work on the illicit tobacco trade has been the source of the most ferocious political attacks on the unit,

8.4 the sole legal opinion that the unit was unlawfully established, and which has not been retracted, is that of Advocate Muzi Sikhakhane, who presently acts as former president Jacob Zuma’s lawyer;

8.5 on the contrary, each independent authority, Commission or Tribunal that looked at either the legality of the unit or its alleged wrongdoing, has vindicated it. In December 2014, the Labour Court accepted that the unit that investigated crimes in the illicit economic. It criticised Moyane for refusing to consider Pillay’s detailed written responses to the report done by Sikhakhane;

8.6  in 2016, the Press Council ordered the Sunday Times, the main conduit for the “rogue unit” narrative, to retract and apologise for key allegations in their stories. In 2018, the Nugent Commission found that the unit was established in accordance with the law. Now, in 2020, an independent panel of prosecutors and Advocates has found complete lack of evidence for either the “unlawful establishment” of the unit or allegations of its wrongdoing.

9. The decimation of SARS’ enforcement capability that occurred as public opinion was bombarded with the “rogue unit” narrative, was central to the capture of the institution because, very simply, those who steal from the state don’t want to pay taxes or have their criminal proceeds affected. Moreover, SARS had built a formidable capability over the years and was an active participant in combatting organised crime.

10. As private citizens, our clients will continue to work with civil society to combat illicit money flows and to restore integrity to state institutions.

11. Our clients remain resolute to challenge any legal proceedings against them through the channels and in the manner provided for in the Constitution and general law.

12. Our clients wish thank all those who have stood with them against looting and the destruction of public institutions throughout the past six years. This includes former SARS colleagues and diligent journalists, civil society organisations like Freedom Under Law, the Helen Suzman Foundation, the Merebank Justice group, OUTA, Section 27, Johannesburg against Injustice, ACM, Unite Behind, the UDF Veterans, ANC stalwarts and Veterans and many others.

13. Our clients believe they also owe a depth of gratitude to the many South African citizens who supported them publicly and the NPA officials who were prepared to do the right thing when called upon, acting without prejudice, fear or favour as required by the Constitution.