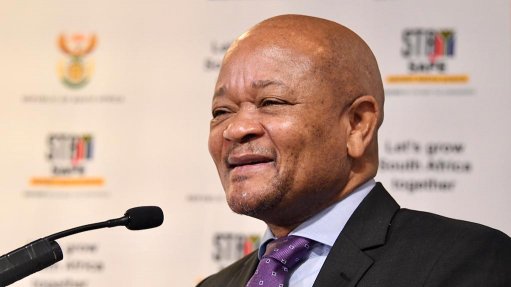 South Africa's national minister of public service and administration, Senzo Mchunu, will on Friday establish a rapid response programme to gender based violence (GBV) and femicide in the Eastern Cape province.

Mchunu will be visiting the OR Tambo District Municipality where he will be interacting with all relevant stakeholders in the district, according to his department.

A scourge of violence against women and children in South Africa has led to protests around the country, with citizens calling on government to adopt harsher measures for perpetrators, including denial of bail.

Mchunu's office said he had been assigned by cabinet to lead the district in the implementation of the district development model, which has been touted as enhancing state capacity.

He is to lead the establishment of intervention programmes in the area, in response to government's national response plan to end GBV.

Mchunu will also be meeting with all leadership of the district municipality to discuss the development imperatives on Covid-19 cases.

According to the national health department, as of Wednesday, South Africa surpassed the 300 000 mark for Covid-19 infections. The country had recorded 160 693 recoveries and a death toll of 4 453.

The Eastern Cape has the third highest number of infections in the country, at 55 584 cases. It has recorded 37 380 recoveries and 738 virus-related deaths.