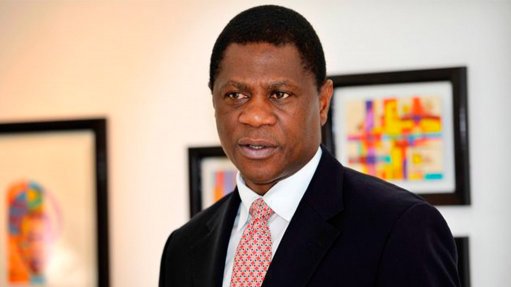 African National Congress (ANC) treasurer general Paul Mashatile has told churchgoers at a Gugulethu church that the ANC was sorting out President Jacob Zuma's future, and assured them "Zuma will go".

Sunday was also the 28th anniversary of Mandela leaving prison in 1990.

The newly-elected treasurer of the ANC took to the pulpit to tell the congregation that Deputy President Cyril Ramaphosa was finalising Zuma's exit terms.

"President Zuma will go. ANC president Cyril Ramaphosa is the only president, so don’t be confused. President Zuma has finished his job," he said in isiXhosa.

The ANC was a democratic organisation, he continued. Zuma was elected to serve certain terms, and it was now Ramaphosa's time as president.

"When is the president leaving? We will make sure he is leaving. He must go, so that ANC president Cyril Ramaphosa can do what he needs to do to sort out the economy issues.

"President Ramaphosa is going to lead us to economic recovery. We want our economy to grow, so we can create jobs for the people."

For this to happen, Ramaphosa needed to come into government as soon as possible, so that corruption could end, he said.

He then switched to English: "President Ramaphosa will be at the forefront in making sure there is good governance around state-owned entities.

"The funds that people contribute through taxes must be used to improve the lives of poor people.

"The ANC cannot be preoccupied with itself. It must worry about the people. Today is a great day, when president Mandela was released from prison. We are going to celebrate that today.

"But as we celebrate this day, we need to say the ANC is in good hands today. The ANC is with the people."

He asked that congregants continued to pray for the renewal of the party, as the ANC had been started by religious leaders in 1912.

Ramaphosa, who attended another service on Sunday at St George's Cathedral in the Cape Town CBD, is due to speak at the party's #Mandela100 rally at the Grand parade later on Sunday.