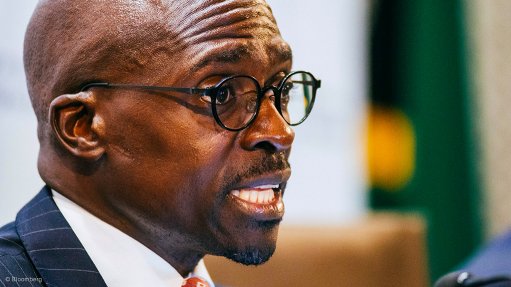 Former finance minister Malusi Gigaba, who is scheduled to appear before the state capture inquiry on Friday, has reportedly applied to have the evidence of his estranged wife, Norma Mngoma, suppressed as inadmissible.

According to TimesLIVE, Gigaba has asked the commission to rule that Mngoma's affidavit is inadmissible.

In his application, filed on 26 March, Gigaba said that, should commission chairperson Deputy Chief Justice Raymond Zondo allow Mngoma to give evidence, it should be behind closed doors, including his cross-examination of her, the publication reported.

She was charged with malicious damage to property and crimen injuria.

However, the Gauteng High Court in Pretoria ruled that her arrest was unlawful. The criminal charges were withdrawn last month.

In December last year, Mngoma alleged in an eNCA interview that Gigaba received large amounts of cash from the Guptas when he visited their Saxonwold home.

She was responding to allegations by Gigaba's former bodyguard, who testified at the commission with a temporary moniker of "Witness 3" out of fear for his life, TimesLIVE reported in August last year.

He reportedly claimed he witnessed Gigaba paying for suits and restaurant bills in cash that the Guptas had allegedly given him.