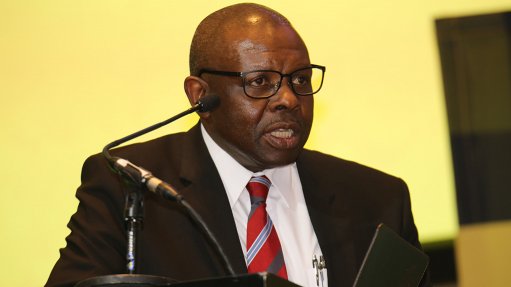 Judge President John Hlophe should remain in office, say a group of lawyers and legal practitioners who joined forces in support of the embattled judge president of the Western Cape division of the High Court.

This follows a recommendation by the Judicial Service Commission (JSC) that Hlophe be suspended, pending a vote in the National Assembly on whether or not he should be impeached.

Advocate Fairuz Seria said Project 27 intends to hand over the petition on Thursday to Parliament.

The petition argues that Hlophe has defended transformation policies for 27 years and has opened doors for black legal practitioners to have access to the legal profession in the Western Cape.

"A recommendation now to suspend a judge, taking into account the Cape’s first black jurist with the deepest footprints of transformation in the legal profession, would be improper and would, ironically, undermine the very administration of justice and independence of the legal profession for which we all strive," the petition reads.

Meanwhile, the BPNCC will be marching to Parliament on Thursday.

"Any intended move for suspension does not serve the interest of justice," said the organisation's campaign coordinator, Chumani Maxwele.

Helen Suzman Foundation executive director Nicole Fritz said a suspension should not be seen as a "punitive" measure, but as a means to protect the integrity of the judicial system, News24 reported previously.

"They (the judge) might be able to use that office to prejudice the procedure. These disciplinary proceedings may also taint the exercise of their (the judge's) powers, which might put them into question later on and so in the public's interest, it is best that they step aside," Fritz said.

The JSC found Hlophe guilty of seeking to influence Constitutional Court justices Bess Nkabinde and Chris Jafta to violate their oaths of office in favour of former president Jacob Zuma.

At the time, Zuma was challenging the legality of warrants used by the later-disbanded Scorpions to seize 93 000 pages of corruption trial evidence against him, linked to the State's arms deal case.

Evidence led at the JSC tribunal tasked with investigating Hlophe revealed he had told Nkabinde and Jafta that Zuma was being persecuted just as he (Hlophe) had been persecuted.

He also told both justices he believed the Supreme Court of Appeal, which upheld the legality of the warrants in a majority ruling, had "got it wrong".

Ultimately, the tribunal found that Hlophe had embarked on a premeditated campaign to influence Jafta and Nkabinde in their evaluation of Zuma's case, including telling Nkabinde there was no case against Zuma and people would lose their jobs when he became president.

It recommended Hlophe should face impeachment, which paved the way for the JSC's recommendation that he be suspended.