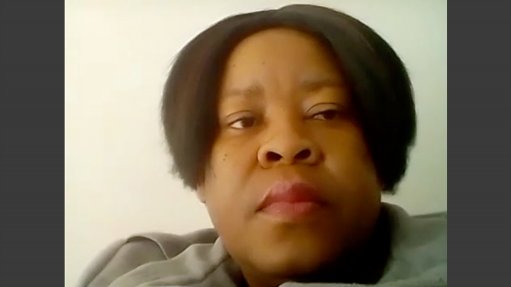 The book reflects on how effective women lead and proposes the integration of these leadership approaches by men, women and others. The book looks at how best to integrate culture, human rights and gender equality. It also argues for the use of 'leading like a woman' in transformation of spaces and it provides practical advice for new leaders and leaders who want to 'lead like a Woman'. The art of  'leading like a woman' is a conscious exercise that deepens democracy; ensures inclusivity; as well as develops, builds and affirms people.

She has a long experience of leadership spanning 34 years, starting as a student leader in the 80's. She graduated in a B Degree and a Post Graduate Diploma in Education to leadership in the Teachers Union SADTU, where she introduced gender-related policies. She also served as a Central Executive Committee Member of the biggest union federation COSATU at this time. After her tenure in the union and federation she continued serving as Commissioner in the CEE in which was appointed by Minister of Labour. She later became the Executive Director of the Worker Education Institute  (DITSELA). She has finished her term as a Commissioner in the Commission for Gender Equality (CGE) in May 2019. She has written articles and policy on gender, leadership, transformation, international conventions, climate change, participatory budgeting and tax justice.She has participated in numerous International Conferences and Workshops namely: ILO, EI, World Bank, WHO, ITUC, EI Africa and SATO. She has self-published her first seminal work on Leadership and Gender entitled, "Leading like a Woman". She is passionate about equality: eradication of gender, race and class inequality. She is an avid educator and public speaker on the intersection of gender broadly.