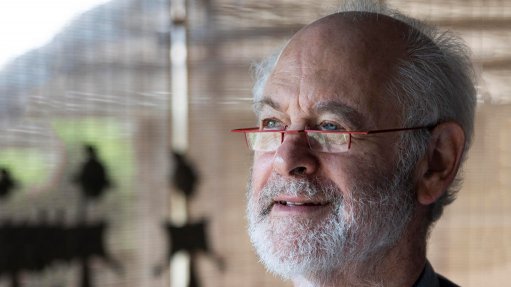 Previous articles in this series are to be found here.

In contemporary South Africa violence is closely linked to dominant notions of masculinity, attached to displays of valour, and simultaneously apparently legitimating militarism and acts of violence against political opponents.  All of this is part of a tendency of nationalisms to be patriarchal and potentially violent and militaristic. (Ivekovic, R, Mostov, J.  2004.  From Gender to Nation.   Zubaan.  New Delhi. And works of Cynthia Enloe, including The Curious Feminist).

These are tendencies and not inevitabilities and the tendencies may not be realised if steps are taken to prevent this.  Amongst the steps may be to provide examples of alternative models of masculinity, and in this regard Luthuli (like Nelson Mandela, Walter Sisulu, Oliver Tambo and Chris Hani) may be of importance. (On Hani, see my interview with MK camp commander Dipuo Mvelase, 1993, where she describes how Hani introduced her to feminism.)

I understand an enquiry into Luthuli as a gendered subject to relate how Luthuli interacted in specific relationships, with women, children and other men.  This concerns relationships in the family and the question of how the public and the private interface, which under patriarchy tends to see men performing in the public domain as breadwinners and figures in politics or other activities outside the home, while women tend to be consigned to the household as caregivers and performers of domestic duties.

It is not possible on the evidence to which I have had access to draw substantial and final conclusions on Luthuli and patriarchy or gender equality, although he grew over time and his marriage was one of equality. (See Raymond Suttner, ‘“The road to freedom is via the Cross’’: Chief Albert Luthuli and ‘“just means”’, South African Historical Journal, 2010 (December),  pp 712-3. and Robert Vinson, Albert Luthuli, 2018, p 23).  His relationship to his children manifested a tenderness, gentleness and other attributes that advance a notion of masculinity that has relevance for conditions in contemporary South Africa.  Luthuli was the product of and engaged with a range of influences, in particular Christianity and drawing on the bible.

The bible, of course, has multiple readings, some of which bear more or less patriarchal implications.  This may be why we must not expect all Luthuli’s statements and actions to be more than was likely in the time, when he had not had the opportunity to be exposed to feminist readings or feminist or liberation theology.

Luthuli’s evolving gender consciousness and the discourse he employs reflects this and the contradictions of the missionary message as he interpreted it and the gender relationships within the ANC.

Luthuli’s gender awareness and practices and their evolution were greatly influenced by his marriage to Nokukhanya, MaBhengu, a relationship which appears to have been amicably negotiated and re-negotiated over time. (See my “Road to freedom” at pp 712ff).

While MaBhengu was primarily responsible for child-rearing in the sense of teaching children to wash and cook and drawing no distinction between sons and daughters (This was not exceptional according to MaBhengu but was part of the ethos of the Groutville Christian community.  One area, which distinguished them from the amaBheshu, she claims, was in the Christians rejecting notions of “women’s work”.  See Rule, P., with Aitken, M. and van Dyk, J., Nokukhanya: Mother of Light, Johannesburg: The Grail Press, 1993.).

Women, the chiefdom and the ANC

From an early stage in his community and political life Luthuli promoted the advancement of women, enabling their involvement in the affairs of the chiefdom, something quite unprecedented in the community and probably in the country as a whole.  He also facilitated their economic advancement by disregarding government prohibitions on their beer brewing and selling and their operation of shebeens. (Vinson at p. 27, citing Let My People Go (LMG) pp 56-7 and Logan Naidoo ed In the shadow of Chief Luthuli p 15).  He also made specific pleas for the involvement of women in the ANC and is said to have played a major role in promoting the advancement of specific women leaders like Dorothy Nyembe and Lillian Ngoyi.

But advancement of numbers of women, we know, is a quantitative matter; empowerment in relation to private and public patriarchy is a different phenomenon.    It appears that the specific relationship with people like Ngoyi and Nyembe entailed encouragement and empowerment in a manner that would have had a qualitative effect.

But some of Luthuli’s discourse lagged behind his practice insofar as that may have indicated an embryonic feminism.  At the level of consciousness at least in his public voice Luthuli continued to use masculinist language, referring to attacks on African rights as ‘emasculation.’ (LMG at p. 38 this is in line with the discourse of much liberation history. See Natasha Erlank, “Gender and Masculinity in South African Nationalist Discourse 1912-1950’, Feminist Studies, 2003, p 653 and critique in Suttner, The ANC Underground, Jacana, Johannesburg, 2008, pp 107-8).

With regard to women’s protests his public statements did not always appear to take women as seriously as men in politics.  Referring to the December Annual Conference of the ANC, Luthuli writes:

Our decision was to intensify the campaign against all passes by all non-violent means in our power, emphasising particularly our opposition to passes for our women.  A feature of this Conference was the large number of women who came from the most remote country regions, dressed in blankets and bangles and beads. Among men, political awareness presupposes a certain sophistication.  Among women, awareness of the fundamentals presupposes no such thing. (LMG at 189. Italics inserted).

At the same time Luthuli is full of admiration for the growing resistance and courage shown by women in a range of struggles, including against beer halls, dipping tanks and passes.

(LMG, 186ff). It remains unclear whether the value of women’s struggles is seen by him as primarily in nudging men or important in its own right and important to contain within certain limits:

One thing is clear.  Our army of ‘legal minors’ is on the march, and the gap between city women and their country sisters is rapidly being closed. [Referring to the status of African women under ‘Native law’ and especially the Natal Code of Native Law as legal minors.] The question which we men who lead the movement and who see the suffering of our women ask ourselves is this: just how long can our women be expected to keep within bounds their indignation? (LMG, 192. My emphasis- the assumption that men are to be leaders or that they are is not articulated as possibly transitory).

Whatever the limits on Luthuli’s gender discourse this must be contextualised in the times and the social and political institutions in which he interacted.  His private life was lived out in an emancipated manner, with the public and private occupied by both MaBhengu and Luthuli.  While Luthuli was a public political figure and MaBhengu remained mainly in the background, Luthuli was not an absent father and was deeply involved in nurturing his children.  This I learnt primarily through interviews and conversations with his three daughters from 2009 onwards.  One of these, the youngest, Thembekile, has subsequently died.

This possibly enhanced parenting role related to MaBhengu occupying the conventional male role in becoming the breadwinner and being the earliest riser amongst the Groutville farmers.   This meant she had to go to bed early while Luthuli stayed up discussing issues with his children and when he stayed up reading and writing (and eating sweets), he watched over the children. (Rule et al p. 82, quoting Thandeka Luthuli-Gcabashe.) If any child were walking in his or her sleep, he would carefully guide the child back to bed. (Interviews).

Luthuli took a close interest in the school work of his children. But he never used his hierarchical status as father to impose his views and encouraged debate and a questioning spirit amongst his children. (Vinson, Albert Luthuli, p. 23, Suttner, ‘Road to Freedom’ at pp 712, 713.)

Luthuli would read his speeches to MaBhengu who would make comments. Albertinah Luthuli writes:

“Ubaba’s respect for UMama was such that there was nothing he did without consulting her. Every speech he wrote was first presented to her, for her criticism and approval before he presented it to the audience for which he had prepared it. And mother, for her part, would interrupt her work, no matter how urgent, and sit and listen to him, making an input when necessary, and generally strengthening his confidence.” (“Ubaba: Recollections by Ntombazana[Albertinah Luthuli])”, in E. Reddy, compiler, Luthuli: Speeches of Chief Albert John Luthuli (Durban and Bellville: Madiba Publishers and UWC Historical and Cultural Centre, 1991), 13 at 15.  My emphasis).

This is an important statement not only in indicating the mutual respect but also in showing that Luthuli’s vulnerability (Umama’s inputs ‘generally strengthening his confidence’) was observed by his children. The image we tend to have of heroic figures tends to be that of tough people who stand no nonsense.  Luthuli was strong but also tender and he, like all of us, had his vulnerabilities, which his children could observe.

Obviously, we cannot read a developed gender consciousness or feminism into Luthuli. But the signs of gender awareness were there from an early stage.

This re-reading of Luthuli’s life, in the context of interrogating leadership more generally, tries to elucidate and integrate  the various strands , united by his Christianity, a particular active brand of Christianity, sometimes leading to contradictory and still developing notions as with his ideas on gender matters.

Although the question of Luthuli’s stand on armed struggle is controversial, I have not dealt with that in detail, again.  Elsewhere I have sought to demonstrate that he reluctantly accepted the formation of MK, a position also taken by Vinson, but strenuously opposed by Rev Scott Couper in his book Bound by Faith (2010).

But  I believe it is more important at this moment in time, to emphasise that taking up arms was not a principle, but a response at a particular conjuncture.  The apartheid regime’s war against the people of South Africa demanded a military response.  Now we live under a constitution where all ought to enjoy rights and freedom.  In this context resort to force is not justified. The need for peace and non-violence is a principle with general applicability, in order to ensure that all human beings act with respect towards one another.

Professor Raymond Suttner is completing work as a visiting professor at the Centre for the advancement of Non-Racialism and Democracy (CANRAD) at Nelson Mandela University, Port Elizabeth. Suttner served lengthy periods in prison and house arrest for underground and public anti-apartheid activities. His writings cover contemporary politics, history, and social questions, especially issues relating to identities, gender and sexualities. He blogs at raymondsuttner.com and his twitter handle is @raymondsuttner. He is currently preparing memoirs covering his life experiences as well as analysing the political character of the periods through which he has lived.