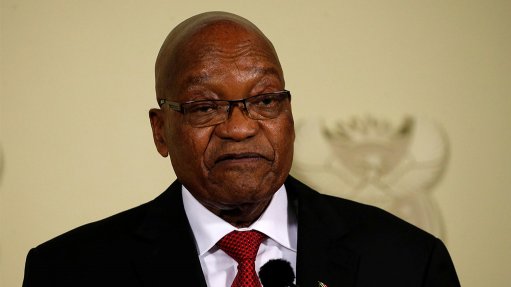 The Jacob Zuma Foundation has announced that the former president will lay criminal charges against State advocate Billy Downer for allegedly leaking affidavits containing information about his health.

The charges will be laid on Thursday, according to foundation spokesperson Mzwanele Manyi.

In a tweet on Wednesday, the foundation said: "As indicated in court on 22/09/21 H.E Prez (sic) Zuma will be laying criminal charges against adv Billy Downer for his admitted conduct which is in breach of Section 41 (6) read with [Section] 41 (7) of the NPA Act."

The foundation invited the media to a briefing outside the Pietermaritzburg SAPS on Thursday at 13:00.

During Zuma's court case last month, his advocate, Dali Mpofu, SC, said, "Former president Zuma takes the strongest possible exception to what was done with his confidential information and the way it was treated in this court."

Mpofu said it amounted to "criminal activity", and added that Zuma wanted to lodge a complaint of prosecutorial misconduct against Downer with Judge Piet Koen, who is deciding his application for a special plea.