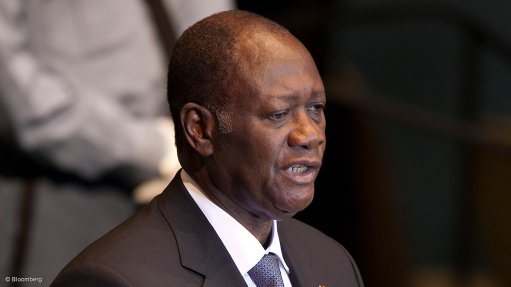 A delegation of West African leaders arrived in Guinea on Friday, a day after the regional bloc imposed sanctions the country's new military leaders for ousting President Alpha Conde in a September 6 coup.

Ivory Coast's President Alassane Ouattara and Ghana's President Nana Akufo-Addo were met on a plane-side red carpet by coup leader Mamady Doumbouya, a special forces commander and former French Legionaire who was accompanied by a large contingent of troops.

The bloc agreed at a summit in Ghana on Thursday to freeze the financial assets of the junta members and their relatives, bar them from travelling, and demanded Conde's release. The junta has not responded to the sanctions.

It was ECOWAS' toughest response yet to the military takeover in Guinea, which follows coups in Mali and Chad earlier this year that have raised fears of a democratic backslide in a region that was starting to shed its "coup-belt" reputation.

ECOWAS's credibility in Guinea has been strained since 2018, when the bloc failed to condemn Conde for running for a third term in office last year, despite a law declaring that presidents must step down after two, and widespread protests calling for him to go.

"We are required to take informed decisions on these matters that will have long-term consequences for the stability and the defence of the democratic values of our region," Akufo-Addo said in his opening address to Thursday's summit.

The visit comes as the coup leaders wrap up a week of consultations with public figures and business leaders to map out a framework for a transitional government.