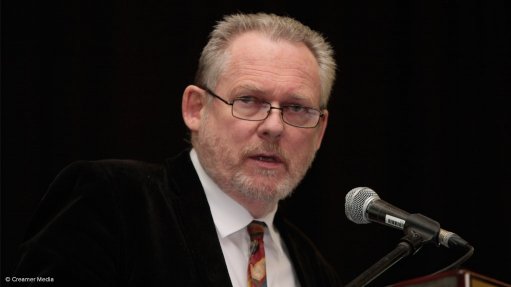 The contentious Promotion and Protection of Investment Bill of 2013, which aims to “update and modernise” South Africa’s existing legal framework in respect of foreign and domestic investment, achieves a balance between the rights and obligations of investors and of government, and will impose no new obligations on investors, Trade and Industry Minister Dr Rob Davies said on Monday.

“The Bill is a significant milestone in the process  [of modernising] the country’s legal framework to protect investment and confirms that South Africa remains open to foreign investment, and enshrines the Constitutional obligation of the State to safeguard public interest,” he said during a media briefing in Parliament.

The Bill, which was published in the Government Gazette on November 1 and would be open for public comment until January 31, clarified standards of protection for domestic and international investors by setting out provisions ordinarily found in Bilateral Investment Treaties (BITs), which were in the process of being phased out by the Department of Trade and Industry (DTI).

This followed a Cabinet decision in July 2010 to initiate the process of terminating all BITs, a trade mechanism that Davies believed adhered to the “model of yesteryear”.

“We entered into the majority of these bilateral agreements at a particular moment in history, before the Constitution, in a context where we didn’t have as much robust protection under the Constitution.

“Encapsulated in this new law is more than enough clarity, transparency and certainty around the domestic investment regime. Look at other investment laws and you will see that we are providing a very significant level of protection,” he commented.

Further, all terminated BITs contained ‘savings clauses’, which maintained BIT protection on existing investments for between 10 and 20 years.

It again advised all affected countries of its intentions at an Organisation for Economic Cooperation and Development investment meeting in November 2012, while holding direct consultations with all European Union member States later that month.

Further, in July this year, the South African International Relations and Cooperation Minister informed EU ambassadors of the process immediately before the South Africa-EU Summit, in Pretoria.

Davies added that the DTI was looking to update regional protection regimes at the Southern African Development Community and African Union levels, and would address the BITs currently in place with four of its continental counterparts.

“We have also discussed termination with Cuba and Argentina, and these discussions will continue towards mutually agreeable outcomes. We will also raise investor protection under the Brazil, Russia, India, China, South Africa engagement,” he commented.

While acknowledging that the Bill incorporated the various principles of investor protection, commercial law firm Cliffe Dekker Hofmeyer dispute resolution director Jackwell Feris said on Monday that a “major concern” of investor communities was that dispute resolution mechanisms available to foreign investors were limited to domestic courts, tribunals or arbitration.

Under the existing BITs, disputes were referred to international arbitration.

“The dispute resolution principle states that a foreign investor who raises a dispute in respect of its investment against government may resolve the dispute either by means of a mediation with DTI, independent tribunal or statutory body, court action or application and domestic arbitration in terms of the Arbitration Act,” he commented.

In response, Davies noted that the provision stipulated that, should a foreign investor seek to challenge a government measure, the jurisdiction for the settlement would include any competent South African court.

He further added that the provision of “national treatment” confirmed the Constitutional principle of nondiscrimination in the treatment of domestic and foreign investors, alluding to the Bill applying the same level of protection to investors from all countries.

“The Bill also envisions a dispute avoidance mechanism, wherein an investor may raise concerns with government with a view to resolve the issue amicably, without resorting to legal challenges,” said Davies.

Feris added that a further concern appeared to be the proposal that foreign investors would not be guaranteed compensation at full market value in the event of an expropriation by the State, but merely as provided for by the Constitution.

“The DTI can expect opposition to certain proposed sections of the Investment Bill which are deemed not to provide sufficient protection or recourse to foreign investors aggrieved by the conduct of the South African government,” he said.

Davies, however, negated this concern, saying provisions on expropriation and compensation were aligned to the Constitution, in which property may only be expropriated in terms of law of general application, for a public purpose, or in the public interest.

“This is also subject to compensation, which must be just and equitable, and in line with international best practice,” he emphasised.