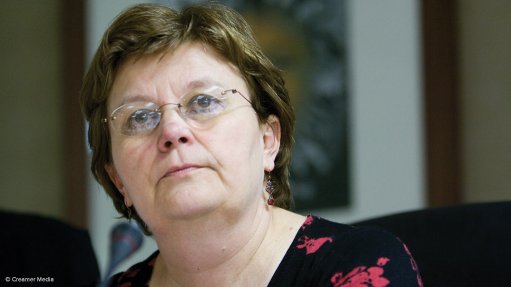 Former public enterprises minister Barbara Hogan says she knew she was going to be dismissed when former president Jacob Zuma called her into an urgent meeting at his residence in Pretoria.

Hogan was testifying during her second day at the judicial commission of inquiry into State capture on Tuesday.

Hogan told inquiry chairperson Deputy Justice Raymond Zondo that her deputy, Enoch Godongwana, had told her before she was fired that there were rumours of her dismissal at Luthuli House.

She said in October 2009, she received a call summoning her to an urgent meeting with Zuma and former African National Congress (ANC) secretary general and now Mineral Resources Minister Gwede Mantashe at the former president's official residence in Pretoria.

"I knew then that I was going to be dismissed...the president never really called me to an urgent meeting," she said.

Her late partner, Ahmed Kathrada, insisted on accompanying her to Zuma's house. She said when they arrived at the house, Kathrada sat in the car because he was not invited in.

Hogan said the former president told her that the ANC's national executive committee had decided to "redeploy" her to Finland as an ambassador.

She said told the president she could not ask her partner, Kathrada, who had spent 26 years in jail, to leave "his country, family and friends" and come live with her in Finland for five years.

She said she did not ask for reasons for her dismissal because the president has the prerogative to dismiss.

She explained to Zondo that she also could not stay as an MP because Kathrada was alone most of the time while she performed her duties.

Hogan said she was informed that former minister of home affairs Malusi Gigaba would replace her as minister of public enterprises. According to Hogan, Gigaba had declined a "handover" meeting with her.

Hogan said at the time there was a narrative spun that painted the Cabinet ministers who had been reshuffled and dismissed as "incompetent".

She also said that issues around her performance were never raised by the former president, prior to her dismissal.

She said while she was aware that she often had "differences of opinion" with Zuma, he had never complained about her performance.

Hogan's testimony was interrupted by a power failure in the area. She is expected to appear again on Wednesday at 10:00.