Government tries to pull wool over our eyes on xenophobia 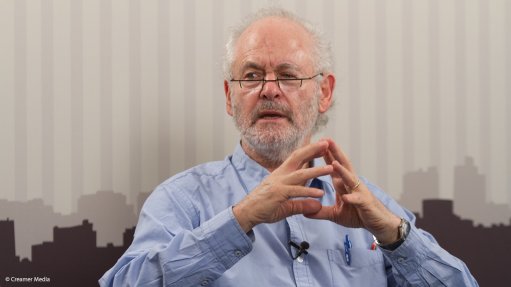 – Shylock in Shakespeare’s Merchant of Venice


One of the striking features of current South African politics is the callousness that reigns, that harmful acts are perpetrated against some people while others remain unmoved. It is especially disquieting that some who once risked their lives or were tortured in order to lift the burden of apartheid off the shoulders of oppressed South Africans are amongst those who are indifferent. They were unmoved over Marikana and seem unmoved by the xenophobic attacks on foreign migrants, attacks occurring over the years.

How can it be that King Goodwill Zwelithini can be allowed to incite people to attack foreign migrants, to refer to them as “lice” and not be called to order under the laws of the country or through the South African Human Rights Commission, which has provided few reasons for having made so little progress in addressing complaints?

One man, who falls under the laws of the land even though he may be a king, was allowed to trigger attacks that caused the deaths and homelessness of thousands of people. When he denied incitement he made a joke of his supposed power. “Like I said last week, if the reports that I sparked the recent xenophobic attacks were true, this country would be reduced to ashes.”

Why, in a supposedly democratic South Africa, are we tolerating this conduct from public figures? Why do we allow such gross and dangerous machismo on our television screens without censure?

The killings and xenophobic attacks are, as indicated, not new, for they were part of South African life before and after 2008 and 2015. There is a continued undertone of hostility towards foreigners, especially voiced against traders and poorer people, by some sectors of local small business and even some government ministers, much of which is publicised on the radio and TV, as well as social media networks, with complete impunity. Many statements are nothing short of hate speech and amount to illegal incitement, but there are no consequences for those who practise the incitement and plenty of unpleasant consequences for the targets of their venom. The incidents of xenophobic attacks have continued in rural and urban areas, seldom evoking any form of state protection.

In unprecedented reactions to the recent pogroms, that is, organised massacres, people and governments in Africa have demonstrated against the treatment of their nationals within South Africa.

Although the South African government has sought to shift the blame for the xenophobic attacks onto the states from which the migrants emanated, it nevertheless appreciated that it needed to appear to act dramatically (which does not necessarily mean addressing the problem in good faith) in order to show that it took the violence seriously. But what has been done to meet this need is a “con job”. In purporting to address xenophobia the focus has in fact been on deploying state power against the migrants, allegedly undocumented migrants but often those who do have papers or are in the process of seeking papers. South Africans with darker skins have also been targeted.

The current action of the security forces is called Operation Fiela and the word fiela means “to sweep away; to clean up; to remove dirt”, and the discourse of filth resonates with the original xenophobic statements of King Zwelithini. Thus, the statement announcing the operation declares operations against undocumented migrants in the same breath as dealing with a range of heinous crimes:

“Operation Fiela – Reclaim is an operation to rid our country of illegal weapons, drug dens, prostitution rings and other illegal activities. This operation is a multidisciplinary interdepartmental operation.

“Fiela is a Sesotho word for sweep / ukushanela ngesiZulu. And that is exactly what we intend to do. We want to sweep our public places clean so that our people can be and feel safe. The focus of Operation [Fiela], amongst others, will be on the following crimes:

The security forces have been deployed, often to areas where there has been no history of xenophobic attack.

Government discourse and practice consistently defines what is happening in terms that lead to misrecognition. Initially there was a distinction between criminality and xenophobia, somehow suggesting that criminal behaviour against those who were foreigners was not xenophobia but purely crime. Thus the killing of Mozambican national Emmanuel Sithole/Josias, captured on camera, was originally characterised as a “robbery gone wrong”.

But the president grew bolder as he hit back at critics citing the killing of Sithole and said he had not been a person with the required legal status to be in South Africa, and had been using a false name. Are we to conclude that being on our soil illegally meant he had no right to protection?

Many of those who are being arrested have been denied their legal rights to access lawyers and have been bundled off under scandalous conditions in Lindela and other places.

Some who have been or are in the process of being deported were engaged in legalising their presence in South Africa but the paperwork has been delayed at Home Affairs. There is ample documentation on the inordinate delays and undignified way in which applicants have been treated in seeking such regularisation.  People report on waiting years and years and never having papers finalised.

One of the questions that arises throughout the current episode of xenophobia, the victimisation and the discourse surrounding it is the question of recognition of a common humanity and dignity. South Africans, who have themselves been oppressed, know about denial of dignity. Many who joined the freedom struggle and are now leaders have recorded the impact that humiliation of their parents by police demanding passes had on their political awakening. But under the watch of the present authorities similar humiliation is being meted out to those seeking papers regularising their stay in South Africa.

For example there are many who report that when they collect their papers they are simply thrown on the ground instead of handed over, forcing them to kneel at someone’s feet to pick them up.

One of the central metaphors of dignity is standing upright. Michael Dingake’s forthcoming memoirs are titled Better to Die on your Feet. The phrase alludes to being forced to, or voluntarily falling on, one’s knees in an undignified posture, one unbefitting to a human being with full rights.

Interestingly, Dingake is a citizen of Botswana who fought in our struggle, joining MK and after being tortured spent 15 years on Robben Island. Today he could well be removed as part of the ‘filth’ attacked under Operation Fiela!

My concern with the entire discussion over xenophobic attacks is not simply the duplicity, evasion and false explanations, and that what is xenophobic behaviour is treated as simple crime. A central thread is that the full humanity of certain human beings is being denied.

The attack on foreign migrants goes to the core of how we understand our freedom. Is it applicable to all who walk our streets or only South African citizens? Does it exclude South Africans who are too dark? Can we as South Africans be free while we simultaneously deny the rights of others in our midst, whatever the status of their entry into South Africa?

We cannot be free unless we simultaneously accord that freedom to all human beings with whom we relate. Is our freedom not a universal quality according rights to all, irrespective of their being citizens or not? That is what both the Constitution and Freedom Charter provide. In the words of the Charter, South Africa “belongs to all who live in it”. Obviously some claims to state resources can only be made by citizens. But all are entitled to have their qualities as human persons respected and protected.

Raymond Suttner is a professor attached to Rhodes University and UNISA. He is a former underground operative and political prisoner. He writes contributions and is interviewed regularly on Creamer Media’s website polity.org.za. He has recently published Recovering Democracy in South Africa (Jacana). His twitter handle is: @raymondsuttner.