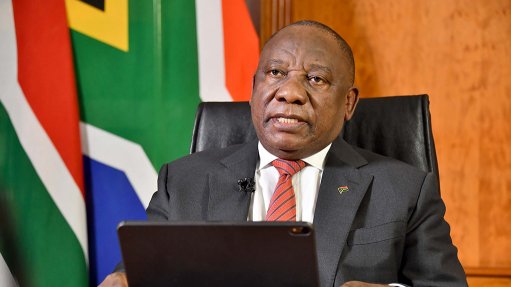 Further protections to the public's privacy will be enforced by the end of this month as sections of the Protection of Personal Information Act, 2013 (POPI) come into effect on 1 July, the Presidency announced on Monday.

It has been implemented incrementally since April 2014.

Many of the remaining provisions of the act could only be put into operation at a later stage as they require a state of operational readiness for the Information Regulator to assume its powers, functions and duties in terms of the Act, the Presidency said in a statement.

"The sections which will commence on 1 July 2020 are essential parts of the Act and comprise sections which pertain to, amongst others, the conditions for the lawful processing of personal information; the regulation of the processing of special personal information; Codes of Conduct issued by the Information Regulator; procedures for dealing with complaints; provisions regulating direct marketing by means of unsolicited electronic communication, and general enforcement of the Act," read the statement.

"Section 114(1) is of particular importance as it states that all forms of processing personal information must, within one year after the commencement of the section, be made to conform to the Act. This means that entities (both in the form of private and public bodies) will have to ensure compliance with the Act by 1 July 2021.

"However, it stands to reason that private and public bodies should attempt to comply with the provisions of the Act as soon as possible in order to give effect to the rights of individuals."

The reason for the delay is that these sections pertain to the amendment of laws and the effective transfer of functions of the Promotion of Access to Information Act, 2000 (PAIA) from the South African Human Rights Commission to the Information Regulator.

In this regard, the commission must finalise or conclude its functions referred to in sections 83 and 84 of PAIA, and all mechanisms must be in place for the regulator to take over these functions.