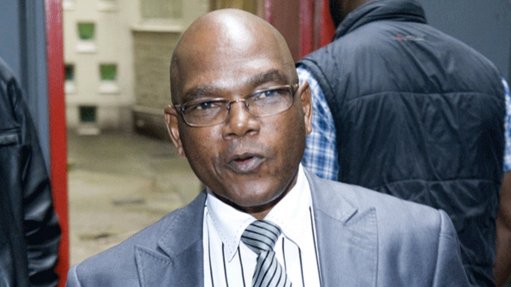 The Department of Correctional Services confirmed on Tuesday that former Crime Intelligence boss Richard Mdluli has been placed on parole.

Mdluli was serving a five-year sentence for the kidnapping and assault of his former lover Tshidi Buthelezi, her husband Oupa Ramogibe, and a friend Alice Manana, in 1998.

Because Mdluli committed the crime in 1998, he fell under the "Phaahla judgment" regime - crimes committed before 1 October 2004 - meaning that his eligibility for parole has been determined on a previous parole regime.

As such, Mdluli was considered for parole after serving a third of his sentence.

The Minimum Detention Period (MDP) for Mdluli ended on 28 May 2022, but he could not be considered for parole at the time due to a pending court case, department spokesperson Singabakho Nxumalo said.

News24 previously reported that Mdluli, while still serving a prison sentence for the kidnapping and assault, had applied for bail in the Gauteng High Court in Pretoria in an apparent attempt to get parole.

Mdluli was then granted bail of R10 000 in his slush fund corruption case.

Mdluli is an accused - along with former supply chain manager Heine Barnard and former chief financial officer Solomon Lazarus - in a corruption, fraud and theft case relating to the alleged looting of a police slush fund between 2008 and 2012 when the three were at the helm of Crime Intelligence.

The department originally told News24 that Mdluli wouldn’t be eligible for parole because he had a pending corruption case.

However, it appears that this position was reconsidered after Mdluli was granted bail.

The department said, "This decision was taken by the Correctional Supervision and Parole Board, having assessed Mdluli’s profile and other material submitted for the purposes of parole consideration."

Mdluli was originally out on a warning in the slush fund case, however the High Court revoked this and ordered that he be held in custody after missing several court appearances.

These appearances were missed while Mdluli was serving his sentence in prison.