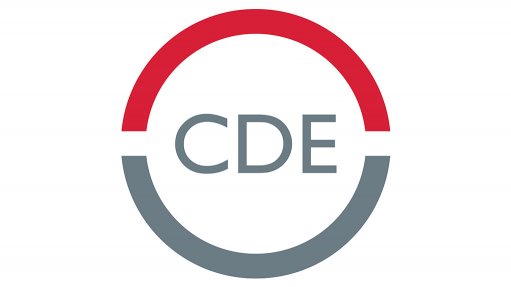 Improving the prospects of SA’s millions of jobless youngsters will take tough policy reforms in the areas of growth constraints and labour intensity, as well as changes to private and state-run efforts in skills transfer

‘If you can’t solve the problem of getting the majority of young people into work, it may not matter what other problems you solve,” said Nobel prize winner Paul Romer.

Almost half of the 20-million South Africans who are 15-34 years old are NEETs —“not in education, employment, or training”.

This is mass exclusion at an almost unimaginable scale. These 9.1-million young people are unable to get onto a work or learning ladder that could offer them a route out of poverty.

Denied employment, they are dependent on grants or other people.

The implications of the July insurrection are still unclear, but the opportunistic looting we saw in KwaZulu-Natal and Gauteng clearly reflected young people’s rising frustration and desperation.

A bold and urgent response is required if we are not to witness these terrible scenes again.

The NEET concept is very broad, with different challenges subsumed within it.

Graduates are the least disconnected. They constitute about 8% of all NEETs and have better than average prospects in the labour market, so attention should focus on those whose prospects are most precarious.

About 44% of NEETs have only a matric, and the close to 5-million NEETs who did not obtain matric are frequently excluded from even applying for basic employment opportunities, as well as from most forms of training.

Young people in townships are mostly physically disconnected from the formal economy, and rural youth are 21% more likely to be NEETs than those in cities.

Women face specific challenges that make it more difficult to escape NEET status. To improve the prospects of millions of young people requires big changes. There are no short cuts.

The government’s focus on projects, special initiatives, talk shops and expanding the number of people on the public-sector wage bill is the wrong priority for tackling this ever-deepening crisis.

Employment in the formal sector of the economy offers the only real way out for the majority of young unemployed.

The most scalable “projects” are called firms, and jobs are a crucial first step to individual empowerment and independence.

SA has to implement reforms that will transform our economy into one that generates as many new jobs for the currently unemployed as possible.

We have to create an environment in which investors are willing to risk their money in this country, and that requires a bold approach to reform and a change of mindset in the government that appreciates what private investors require as well as the capacity to manage them.

Growth alone is not sufficient, however. SA needs to become a more labour-intensive economy, rather than one that predominantly subsidises capital-intensive activities.

We need to incentivise employers to hire young, inexperienced, unskilled workers. We have to lower the costs of employing young people.

We also need to reform our skills and training system. International evidence shows that the best way to provide meaningful training is through wholehearted business involvement.

Business involvement in the South African training system has improved, but constructive co-operation between businesses and technical and vocational education and training institutions (TVETs) remains the exception rather than the rule.

TVETs are characterised by massive dropout rates and, in general, fail to provide the kinds of skills employers are looking for.

Skills expert Ken Duncan talks of TVETs as a “gigantic recycling system for secondary school finishers”: the system keeps some young people occupied for three to four years until they are re-introduced into the labour market with insufficient amounts of the knowledge they need to greatly boost their job prospects.

They will have a better chance of finding employment than those who have no post-matric qualification, but many TVET graduates linger in unemployment for years and their job prospects remain far too weak to justify the annual expenditure on TVETs — R13-billion this year, for example.

The Sector, Education and Training Authority (Seta) system, meant to upskill the workforce, has been broadly dysfunctional for many years, and additional billions of rands are wasted on it.

All that money comes from businesses contributing 1% of their payroll to the skills development fund. Yet they receive almost no value for their money.

There is agreement across the government, business and unions that the Seta system is not working, but no-one has come up with a broadly acceptable way to fix it.

In the meantime, businesses are enmeshed in something for which they are required to pay without receiving benefits.

Until this changes, it is unlikely that we can expect many more businesses to contribute in new and improved ways to the employment-linked training young South Africans so desperately need.

Progress can be achieved once we start attracting businesses into meaningful partnerships with training institutions, both public and private, at scale.

Frank discussions with business representatives, vocational training experts and broader stakeholders is essential to understand what reforms are required for businesses to take on extra training commitments. And to then implement those reforms with speed and purpose.

Training young people for jobs that do not exist means that those who receive this training, even if it is well designed and implemented, will not be better off.

They may in fact become more disillusioned, frustrated and angry about their exclusion. A faster-growing economy that is more labour-intensive and needs the kinds of young, inexperienced work-seekers SA has in far too much abundance will pull young people into work.

Companies will devise ways to find workers (in unexpected places) and train them. In this way the enormous challenge we face will lessen as the pace of growth and demand for labour multiplies.

Any hope of making a real difference, then, requires bold simultaneous reforms. We have to fix the public training system and we have to remove the constraints on growth and labour intensity within the economy.

The time for tweaking, for small projects that help a few people but leave everything else unchanged, has long passed. Business should push more boldly for the big reforms needed to build a faster-growing, more job-rich economy.

They need to be a louder, more consistent, strategic voice for a different approach — one that requires fundamental changes on both the demand and supply side of the labour market — needed to connect young people to the real world of work.

They should stop being part of the diversion of leaders and resources into projects and away from essential reform.

A society with ever-growing numbers of unemployed and excluded young people with no stake in or prospects for the future cannot expect to remain peaceful and democratic.

The government must stop pretending that if we avoid the big policy issues — the difficult reforms — we can somehow make a difference, and turn this crisis around.

Written by Ann Bernstein and Stefan Schirmer, from the Centre for Development and Enterprise

This article is based on a new CDE report, ‘SA’s NEETs crisis: Why we are not connecting young people to work’