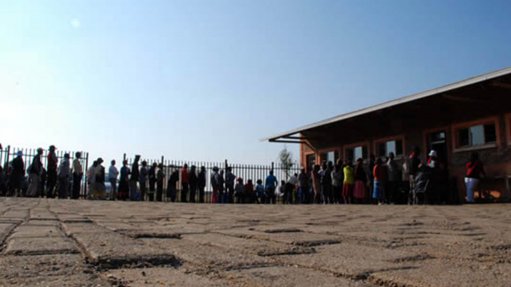 The Inclusive Society Institute together with an expert panel led by In Transformation Initiative director Roelf Meyer is working on a series of proposals on changing the country’s electoral system to allow for independent candidates at provincial and national levels.

The proposals will be presented to the ruling African National Congress.

In June the Constitutional Court ruled the Electoral Act unconstitutional for not making allowance for independent candidates at provincial and national levels.

Among the panel of experts are Professor William Gumede from the University of the Witwatersrand (Wits) and executive chairperson of the Democracy Works Foundation; Professor Firoz Cachalia from the Wits Law School and former chairperson of the Independent Electoral Commission of South Africa Dr Brigalia Bam.

Meyer who is known for his contribution in the negotiations to end the apartheid system in South Africa said the panel took cognisance of the provisions of the South African Constitution which stated that the electoral system was proportional.

The Constitution is silent on details of the electoral system, however, only requiring that it “result, in general, in proportional representation”.

At a municipal level, this is still required by the Constitution, but with the addition of ward councillors.

The 2003 Van Zyl Slabbert Commission traversed some of these issues of electoral reform, including a constituency system at national and provincial levels, with proportional top-up, much as with municipal voting, but did not address independent candidates.

“This is a very important exercise we are embarking on. It is at the heart of our political representation in the country. We would like to take account of the fact that potentially our current system has no sufficient representativity and there is no sufficient accountability because of the party system and the rationality applied,” he said.

Meyer said this was an interesting opportunity that the Constitutional Court has created for work that had to be undertaken by Parliament.

He shared that the system was discussed during the democratic transition negotiations in the early 90s, however owing to time constraints it was not possible to do a proper analysis.

“It was at the back of the minds that the issue would be revisited in the years to come. For that the reason the Van Zyl Slabbert Commission was established in 2003 by former President Thabo Mbeki. Now everybody finds themselves in a situation where we are forced into the situation. Personally we should have embarked on this long ago already and I think there are many people in the ruling party that feel the same,” explained Meyer.

Once the whole exercise has been concluded the intention is to test the concepts on the broader public so that when the models are provided to the political parties they will be able to see public sentiments encapsulated.

Meyer said it was expected that the enhancement of the electoral system would also enhance voter participation, especially among the youth, and added that it could benefit political parties.

If voters feel that a new system is delivering more accountability and that their views are represented more, that can be a motivator, he said.