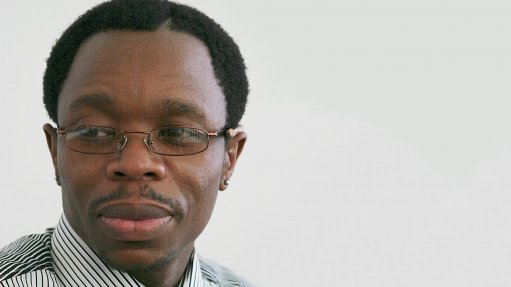 “In 2003, before I left Johannesburg  for New York, I was invited by The Nelson Mandela Foundation to photograph the former president and his guests.  At the end of  the event, I shook his soft right hand. On hearing the voice at close range, my heart pumped harder and harder.  Mandela, who is also known as Madiba, said ‘Good to see you young man, I’m glad you came.’  Smiling, he continued, ‘You must treat a camera like a key, it will unlock many doors for you.’ That was a turning point in my life.” – Bonile Bam

The University of Johannesburg Faculty of Humanities, in collaboration with the University Library and the National Institute for the Humanities and Social Sciences, has prepared an exhibition of Bonile Bam’s photographic works, consisting of some 27 black and white photographs.

It is a unique exhibition in that it focuses on the physical landscape and pastoral setting in which Mandela grew up. Bam’s poetic images take us to the areas referred to in the early chapters of Mandela’s Long Walk to Freedom. These images invite us to imagine the young Mandela in the rural Eastern Cape in the early decades of the twentieth century. They also reveal Bam’s sensitivity and respect which he shows in photographing the beauty of the landscape and ordinary rural life. Bam has great reverence for both Mandela and the landscape. He has said:

“My work represents a personal journey around spaces and times I refused to ignore. Part of my responsibility as a documentary photographer is to trace and record things I have witnessed before they forever escape the memory. South African landscape has so much hidden in it that still needs to be brought to light. It is my intention to approach every subject or object with great respect. Dignity is the foundation of knowing what to isolate or introduce without hurting the naked eye.”

The exhibition traces Nelson Mandela’s childhood journeys through rural towns of Mvezo, where he was born and where his umbilical cord is buried at the entrance of his parents’ house, then to Qunu and finally to Mqhekezweni. It features a series of black and white photographs not simply documenting but narrating the story of Mandela’s home town and surrounds, lending insight into the physical setting in which Mandela lived, played and was socialised as a boy.

Bam, who is from the Eastern Cape, trained at the (Johannesburg) Market Photo Workshop – a photography training centre that was established in 1989 by the late David Goldblatt, for photographers excluded from formal tertiary education. Excelling in his studies, he was appointed an assistant and after graduating he stayed on to teach at the Workshop. He benefitted from the mentorship of Cedric Nunn and John Fleetwood. And because of the strength of his portfolio and talent he was selected for the Getty Images Fellows Programme, through which he completed a photography course in New York before returning to South Africa.

Bam explained the motivation for the photographs featured in the Nelson Mandela’s roots revisited exhibition, saying that he wanted to tell the story of Mandela—in a different way—through the landscape and structures that were a primary influence in his political life. He is interested in the seldom-told textures of Madiba’s rural life. As far as Bam is aware, this is the only body of work dedicated entirely to Mr Mandela’s early life.

“This was a self-assigned project. It began when I came back from New York and I was inspired by Mr Mandela himself, who spoke quite clearly [at an event which Bam photographed] about his life story. He explained how he grew up and the struggles that he went through as a boy.”

The collection took three years to complete, and it is as much about the visual traces of Mandela’s early life as it is about Bam’s reconnection with home and himself as a photographer interested in unearthing quiet though significant and educational stories.

Bam says: “This is the most important project of my life. Madiba motivated me to take photography seriously and, as a result, that made me work on this project with the intention of revealing the hidden or silent story about the man who has inspired the world.”

Bam explains that he hopes that this exhibition helps people to understand Nelson Mandela a bit better: “Most people don’t know where Madiba is coming from and I wanted to share with ordinary citizens, or anyone who is interested in his roots, that, as much as he is a recognised figure in the world, he is a humble person who comes from an ordinary background. I think we can motivate other people who might be hopeless and think that they cannot be leaders in the future.”

Bam has held solo exhibitions and participated in group exhibitions in South Africa, New York, Austria, the Czech Republic, Sweden, Germany and the Netherlands. Some of these exhibitions are Initiation of the mind (2000), Ten Years of Democracy (2004), I am afraid (2007-2008), Initiation (2009), Recognition (2010), South African Photography from1950 to 2010 (2010-2012) and Streets of Blood (2015). His work tackles a range of topics, from male initiation, rural communities, pastoral landscape to portraits, performance arts and crime scenes.

The exhibition will be opened by award-winning author and veteran of the liberation struggle, Mandla Langa, who has recently published the posthumous volume of Nelson Mandela’s autobiography, Dare not linger. The presidential years

The exhibition will be opened on the University of Johannesburg Kingsway campus library on 27 August 2018, 5.30pm for 6pm. It will then be exhibited simultaneously on all four UJ campuses for two months.