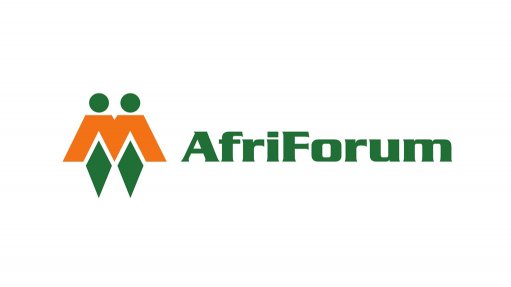 The Equality Court has granted AfriForum an opportunity to approach the Supreme Court of Appeal to challenge its judgment on the controversial "Kill the Boer" song.

Last month, the Supreme Court of Appeal ruled in favour of the Economic Freedom Fighters (EFF) that the song did not constitute hate speech or incite violence. But in a court challenge on Tuesday, AfriForum contended that the ruling was erroneously made.

Judge Edwin Molahlehi said he considered the submissions made by both parties before he handed down his judgment in favour of AfriForum. The lobby group was granted permission to approach the Supreme Court of Appeal to challenge the Equality Court’s previous ruling.

Molahlehi deliberated over the contentious debate concerning the binding effect of the 2011 judgment - AfriForum and Another v Malema and Others - which found that the words "Dubula ibhunu" constituted hate speech.

He also questioned whether the test for determining harm was applied correctly in the judgment handed down in August, which included considering issues of public interest.

While applying the test to determine leave to appeal under Section 17 of the Superior Court Act, Molahlehi said he was satisfied that AfriForum had reasonable prospects of success if the matter was to be taken on appeal.

"This matter, in my view, has elements of public interest and thus leave to appeal deserves to be granted to the Supreme Court of Appeal," said Molahlehi before he ruled in favour of the lobby group.

In August, Molahlehi ruled that the song "Kill/Kiss the Boer" plays a crucial role in the South African political rhetoric.

He said that when its lyrics are read in context, it communicates the displeasure of the EFF and by extension its supporters' frustration with the failings of the African National Congress (ANC) since the country gained democracy.

Handing down the judgment, Molahlehi explained that the proper interpretation of the song "has to be located within the political context within which they are sung".

"In his case, it is within a space where Malema is pushing for land reform and radical economic transformation," said Molahlehi.

The judge added that the song "assisted Malema in his dialogue with the state", and "it helped the EFF leader carve out the party’s position in relation to the country's economic policies".

Molahlehi said, "As the matter stands, in my view, the signing of the song and its lyrics should be left to the political contestations and engagement on its message by the political role players."

"Accordingly, the objective evaluation of the song is that it does not constitute hate speech, but rather it deserves to be protected under the rubric of freedom of speech," Molahlehi added.

In September, advocate Jeremy Gauntlett, representing AfriForum, argued during its application for leave to appeal that the lyrics of the struggle song could be reasonably construed as demonstrating an intention to harm "Boers".

"These words demonstrate an intention to incite violence. [You must] look at the gestures and the target. What could it reasonably be construed as? Cunning words are used as nuances... If you mention an act of violence like 'kill the Boer' or 'burn the Boer,' you are demonstrating an intention," Gauntlett argued.

Representing the EFF, advocate Mfesane Ka-Siboto said the court could not scrap the use of the song on that basis as the word "farmer" did not necessarily mean a "Boer", as people of other races farmed too.

"There can’t be a ban on a song at all times, in all places for all purposes. The context is in the lyrics of the song itself," argued Ka-Siboto.

Despite the EFF’s vehement opposition, Molahlehi found that AfriForum had made a case that presented reasonable prospects of success if the matter was to be taken on appeal.