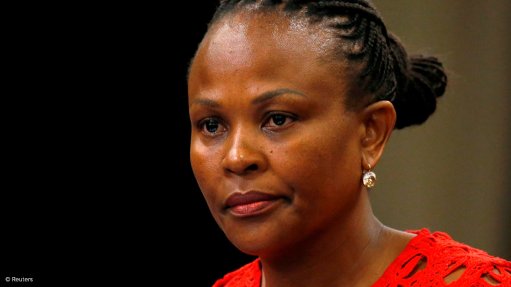 Former Free State provincial head Sphelo Hamilton Samuel says the Office of the Public Protector has not paid him "a cent of the R1.5-million" in backpay owed to him in terms of a CCMA ruling, after his dismissal in 2020.

Suspended Public Protector Busisiwe Mkhwebane had fired him after he wrote to Parliament to request an investigation into her conduct and financial mismanagement at the Chapter 9 institution.

Samuel was reinstated on 4 July.

Samuel told News24 this week that he was not paid his September salary and had received letters instructing him not to report for duty.

"The back payment was supposed to be made by the end of July, but they did not [pay]. They wrote to me saying I must not come to the office because my presence in the office is confusing for the staff because they appointed someone else after they dismissed me," he said.

News24 reported that the CCMA ruled in favour of Samuel in June and had found that while his dismissal was procedurally correct, it was unfair.

Samuel said about two weeks before receiving his August salary, the office issued him a letter informing him of its intention to apply for a review of the CCMA ruling.

He attributed his non-payment for September to his refusal to vacate his office. He also claimed that for the three months he reported for duty, he was not provided with work equipment.

"I arrived every morning from 08:00 to 16:00 or whenever they close. I would sit in the boardroom and had colleagues come in and ask me for advice about investigations they are working on," he said.

Samuel said his refusal to vacate the office not only cost him his September salary, but he was also threatened with an arrest and accused of trespassing.

"Today (Monday), they decided to call the police on me. They said I was trespassing. The police came, and I showed them the award and said to them this was a civil case and that I had committed no crime. If they don't want me there, they cannot call the SAPS. They must go to the High Court or the Labour Court and get an order staying the award," he added.

Samuel said the police called off the arrest and he remained in the office until the end of his work day.

Samuel wrote to the acting public protector to enquire about his salary and to inform her of the latest developments.

Spokesperson for the Office of Public Protector Oupa Segalwe confirmed Samuel's claim about the institution's intention to review the CCMA's arbitration award.

He said Samuel's lawyers were aware of the intention to apply for the review to oppose his reinstatement.

Segalwe did not respond to claims about the PPSA allegedly calling the police on Samuel and its attempt to lay criminal charges against him.