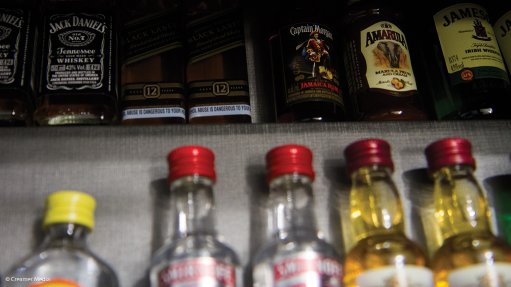 The Minister of Trade and Industry, Dr Rob Davies says South Africa requires to take a radical approach to regulation of the country’s liquor industry if it hopes to deal effectively with the negative socio-economic effects of alcohol abuse. Minister Davies was speaking at the Eastern Cape Provincial Liquor Summit in East London today. The summit was hosted by the Eastern Cape Department of Economic Development, Tourism and Environmental Affairs.

“We need to strive for a balance between the economic opportunities from liquor trade and the regulation of the industry. Unfortunately, the economic gains we get from the revenue that the government receives from the industry are far less than what it costs government to deal with the socio-economic consequences of alcohol abuse. Not to mention the human tragedy. We cannot carry on as we are. We have to act differently. We have to be able to bite the bullet and have a measure of radicalism when it comes to our decisions about the liquor industry and its regulation in the future,” said Minister Davies.

He added that SA has an extraordinarily large and growing problem of alcohol abuse which needs government to take drastic steps to curtail it.

“It is not getting better over time. In fact, the opposite is the case. It is getting worse and worse. We have concluded that the status quo is not working. We need to do things differently from the way which we have been doing them up to now,” stressed Minister Davies.

He also reiterated that alcohol abuse was costing the public sector a great deal as it is a major cause of road accidents and major causal factor in domestic violence and violent crime.

“According to the study conducted some time ago, on average the cost of alcohol abuse to government is R37 billion a year. Recent estimates put it at R50bn a year. That’s five times the budget of our department. This is money which is being spent on dealing with the consequences of the carnage caused by alcohol abuse. Dealing with violent crimes committed. Dealing with the 41% of people admitted in casualty wards for car accidents who have high breath alcohol levels that are more than the legal limit to drive a vehicle. In some provinces more than half of the unnatural deaths, including motor accidents and violent deaths have alcohol as a causal factor. That is the reality that we are facing as country,” added Minister

He added that because there was no sign that the existing legislative framework was reducing the negative consequences of alcohol abuse, the inter-ministerial committee on substance abuse concluded that there was a need for a multi-faceted strategy to deal with the problem.

“The strategy needed to include tightening up the laws, regulation and enforcement of alcohol consumption, production, distribution and sale because we acknowledged that it is a potentially harmful substance. It is addictive and alters behaviour in a negative,” explained Minister Davies.

He then took delegates through the proposals that the Department of Trade and Industry (the dti) has included in the National Liquor Amendment Bill in an attempt to deal with the scourge of alcohol abuse in the country. These include increasing the legal drinking and purchase age from 18 to 21, restricting advertising, regulating trading hours, introducing liability for manufacturers and distributors, and intensifying education and awareness.