Did Mandela “sell out” the struggle for freedom? 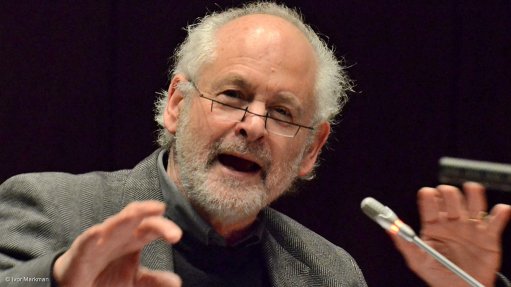 “Each generation must, out of relative obscurity, discover its mission, fulfil it, or betray it.”

- Franz Fanon, The Wretched of the Earth.

For every generation to find its own path, to know what ought to be adopted from what has gone before and what has been done by previous generations, it is important to engage from an informed position. It is the earlier work of previous political and social movements that determine the conditions under which those who come later address unfinished forms of oppression and the errors or mistakes of those who went before them. It is through engagement with the present in the context of this inheritance that they may be able to make informed choices that contribute to the broader national debate that needs to unfold.

Several movements, notably the student movements of the last year, have tried to engage with inequalities and forms of oppression that persist in South Africa today through scrutinising the transition of the 1990s in an effort to understand how we have found ourselves in our present condition and what can be done to take the project of human liberation forward.

It is important to encourage this enquiry, to learn from it and to see whether it takes directions that will lead to a broadening and deepening of human liberation.

It is important to bear in mind Fanon’s injunction that we must move forward. In this process of engagement we need to find ways of conversing and of learning from one another. Even where we may not agree, the conversation must continue. Fanon puts it this way:

It is important to encourage that enquiry, whether or not it takes directions or reaches conclusions with which we agree. This is not simply a formulaic support for the “search for truth” found in many definitions of academic freedom. In reality, the way in which current developments in South Africa have unfolded means that many people have to ask whether the understandings we hold are adequate or valid. We need to find ways to engage with students and others who are reflecting on the transition.

Many of these movements draw inspiration from Stephen Bantu Biko and the Black Consciousness Movement or from Robert Mangaliso Sobukwe and the Pan Africanist Congress of Azania (PAC). Many eschew the ANC tradition, as is evident from buildings named Azania house and extensive quotations from opponents of the ANC- led tradition. That is not to say that these ANC traditions are entirely negated. There are songs about and buildings named after Solomon Mahlangu and a number of others associated with ANC or MK.

Within this rejection there is sometimes a suggestion that Nelson Mandela chose peace over justice, that he sought to appease or “curry favour” with whites at the expense of the benefits or rights that should have accrued to the oppressed and dispossessed majority. There is also an attempt to correct what is depicted as an injustice towards Winnie Madikizela-Mandela, who, in a debatable reading of the historical record, is seen as more militant and is indeed depicted as a feminist leader who would not have settled for what was achieved in 1994.

Interestingly the anger does not seem to be directed so much at the current leadership of Jacob Zuma, which has been filled with scandals and is one of the reasons for disaffection of many who previously supported the ANC, but primarily at Nelson Mandela.

We need to unpack this. It has considerable importance in that it goes beyond support for the ANC or Mandela and threatens to delegitimise the notion of peace and the resolving of issues through non-violence. It threatens any form or notion of compromise and may sometimes automatically vindicate or celebrate the use of violence, buttressed by a questionable reading of works of Franz Fanon.

Insofar as these sentiments relate to the 1994 settlement, they cannot in reality have anything to do with edging out or marginalising the PAC or BC. Whatever the merits of these ideological currents, none of the organisations associated with either trend commanded significant military force at the time. Nor did either have a powerful organisational presence at a public level or underground.  So we need to ask why the ANC and especially Nelson Mandela moved so determinedly to seek peace, and whether this had merit or should be branded a betrayal.

Undoubtedly the settlement of 1994 was different from what many of us had envisaged in the 1980s when we were engaged in what we understood to be an insurrectionary war against the apartheid regime. Many of us had illusions about the power of MK - and no sense of the limits on its capacity.

It was somewhat tragic for those who had been so inspired by the attacks MK had carried out that the first time we saw the “people’s army” march in South Africa was at the funeral of Chris Hani in Soweto. It was very moving for many of us to see this, but it was not what we had envisaged to be their first public display in South Africa. I do not recall exactly what we had in mind, but it related to expecting to smash the apartheid state and establish a state of “people’s power”.

To understand why the ANC sought peace, we need to examine the conditions of the time. It needs to be recalled that more people died in conflict in the period 1990-4 than in the whole of the 1980s. It needs also to be remembered that this was not just in the then Natal, as in the 1980s, but also in what was then the PWV (Pretoria- -Witwatersrand). It included massacres of communities as in Boiphatong and a white right-wing rising in alliance with the Bophuthatswana Bantustan to resist impending elections.

It needs to be remembered that the violence was random and indiscriminate, including attacks on passengers in railway trains, something that replicated what had been seen in fascist attacks in parts of Europe, such as Belgium, in the early 1990s.

It was a time of death and it was not the “enemy” or “settlers” who were dying. There were few of such deaths. It was ordinary black people, young and old, who were being killed

Unbanning on an unequal basis

We should also recall that while the ANC had been unbanned, it did not operate on an equal basis compared with other organisations. It was continually under attack from security forces and what became known as the “third force” - armed groups not formally connected to the regime and which could be disowned by the De Klerk government. These attacks were aimed not purely against the ANC as such, but at terrorising entire communities that were seen as the support base of the ANC.

The international situation was also changing in a way that was disadvantageous for the ANC. It had from the time of its banning enjoyed strong support from the former Communist-led states of Eastern Europe while the West offered nothing. That was to change as the Nordic countries and the Netherlands offered considerable support over time and many Western states started to limit their engagement with the apartheid regime.  But the former socialist states remained a mainstay of support.

The late 1980s, the period just prior to unbanning, saw the collapse of most of these states and the beginning of the collapse of the USSR. This had been preceded by a policy shift where, under Soviet leader Mikhail Gorbachev, the USSR encouraged the peaceful settlement of regional disputes and sought to avert conflict with the United States. This saw the USSR limit its support for the ANC and, at the same time, influence the frontline states to press the ANC to enter into talks with the regime.

The moment of unbanning was thus not entirely favourable for the ANC and its allies. Though it was caused primarily by internal factors, the recognition by the apartheid regime that while it was militarily superior it could not render South Africa “governable” in the long term made it amenable to a political solution. On the side of the resistance it was clear that they did not confront an enemy on its knees. These are classic conditions favouring a negotiated settlement - what Gramsci refers to as a “reciprocal siege”.

This is not to suggest that events unfolded according to some predetermined pattern that was outside of the control of the ANC and its allies. Indeed, from inside prison, Mandela had been trying through secret contact with the regime to initiate talks. The ANC in exile had been following a similar process to create conditions where both sides would negotiate a democratic settlement on the basis of equal opportunities to conduct political activities.

In the light of the extensive bloodshed it was the view of the leadership of the time, (of which I was a part) that a way had to be found to end the killings, while simultaneously unblocking the route to democratic rule.

As is well known, the ANC sought in the course of negotiations to break the deadlock on the release of political prisoners and to ensure free political activity. It secured demands from the regime but itself undertook compromises known as “sunset clauses”, guaranteeing the place of civil servants as well as a Government of National Unity for a limited period.

Some allege that the property clauses in the constitution prohibit land distribution and expropriation, but Judge Dikgang Moseneke and others have made clear that there is no ban on expropriation. In fact it is permitted in the public interest. The lack of will to address the land question does not derive from barriers in the negotiated constitution.

Nor, contrary to what some allege, were there any secret deals with the IMF on future economic development. There was a loan from the IMF to address the drought and other issues and that was speedily repaid.  The terms of the undertakings required for the loan bear little relation to claims by those who suggest that this determined the future economic trajectory of South Africa. That GEAR was adopted later, inaugurating a conservative macroeconomic regime, has no connection with these dealings with the IMF.

There are wider and very important issues at stake in considering the settlement of 1994 and the role of Nelson Mandela. It is true that Mandela believed there was a stalemate between the regime and the forces of liberation and it was necessary to break it in order to secure freedom and peace. If necessary, he and the ANC-led alliance as a whole were willing to compromise to break deadlocks and move the process forward.

The settlement of 1994 was not seen as a final settlement of democratic and transformational questions but as creating conditions that would enable those who cherished freedom to move toward fully claiming their rights.  It is up to the present generation to ensure that this happens.


Raymond Suttner is a scholar and political analyst. Currently he is a professor attached to Rhodes University and UNISA and he has authored or co-authored Inside Apartheid’s Prison (2001), 30 Years of the Freedom Charter (1986) 50 Years of the Freedom Charter (2006), The ANC Underground (2008) and most recently Recovering Democracy in South Africa (Jacana and Lynne Rienner, 2015). He operated in the ANC underground and served lengthy periods as a political prisoner and under house arrest. He blogs at raymondsuttner.com and his twitter handle is http://www.twitter.com/raymondsuttner@raymondsuttner