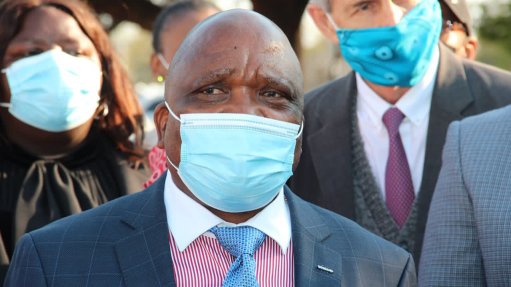 And, West African bloc resorts to sanctions over Guinea and Mali coups

Minister of Health Dr Joe Phaahla stressed today that the vaccination certificate touted by government is not being introduced to punish South Africans but rather to protect each other against the Covid-19 virus.

Following President Cyril Ramaphosa’s address last Sunday many South Africans have voiced their dissatisfaction about the introduction of the vaccination certificate, or vaccination ‘passport’ as it is also called.

The Minister announced that there was a team working to ensure that the department rolls out the vaccination certificate through a proper implementation plan.

South Africa's top court ruled today that former president Jacob Zuma had failed in his bid to have his 15-month jail sentence for failing to attend a corruption inquiry overturned.

The sentence was handed down after Zuma failed to testify at the State Capture inquiry, which is probing corruption during his 9-year rule.

West Africa's main regional bloc has imposed sanctions against the junta in Guinea and those slowing Mali's post-coup transition - its toughest response yet to a run of military takeovers.

The move was agreed at an emergency summit of the Economic Community of West African States in Accra to respond to last week's putsch in Guinea and perceived slow progress towards constitutional rule in Mali following a coup last year.