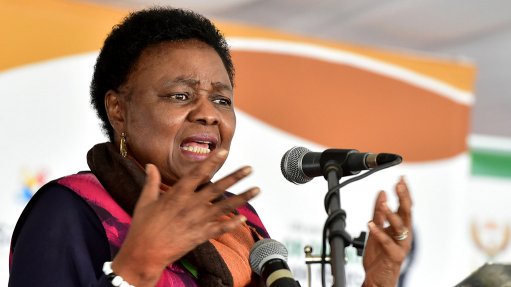 Mkhize was first elected to the National Assembly in 2009 as a member of the ANC and served as Deputy Minister of Telecommunications and Postal Services between May 2014 and March 2017, having been appointed to the executive by former President Jacob Zuma.

She was later moved to the position of Deputy Minister of Higher Education and Training between October 2017 and February 2018, and in February 2018 was removed from Cabinet by President Cyril Ramaphosa.

Mkhize was later appointed as Deputy Minister in the Presidency for Women, Youth, and Persons with Disabilities.

Roets said the application was regarded as urgent because it was a clear case of abuse of power by the government based on a person's political position.

He added that it was also clear to the organisation that the applicable legal provisions to release someone on medical parole had not been complied with.

The Western Cape recorded the majority of new confirmed Covid-19 cases on Wednesday as the number of new infections increased by 4 667 in South Africa.

According to the National Institute for Communicable Diseases, this brought the total number of laboratory-confirmed cases in South Africa to more than 2.8-million on Wednesday.

This increase represented a 9.6% positivity rate.

A further 166 Covid-19-related deaths have been reported, bringing the total confirmed fatalities to 85 468.