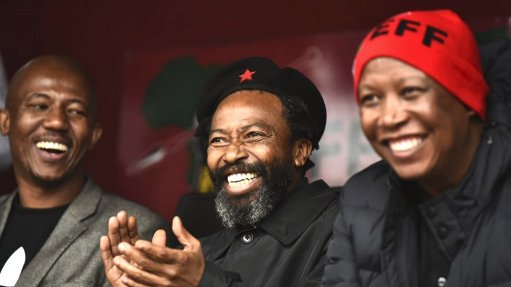 Making headlines: Ramaphosa encourages voters to exercise their right on November 1; AbaThembu king throws weight behind the EFF for upcoming elections; And, Aspen aiming for 1.3 billion dose a year Covid-19 vaccine capacity by 2024

Ramaphosa encourages voters to exercise their right on November 1

President Cyril Ramaphosa has encouraged South Africans to exercise their civic duty and vote on November 1, when the country holds its local government elections.

Ramaphosa stressed that the elections were an opportunity for people to make their voices heard about the most pressing issues affecting them.

In less than seven days voters will be choosing from among over 94 000 candidates, including those from political parties and independents.

Ramaphosa said this year’s election posters displaying the names and faces of new parties and candidates were a sign of the country’s democratic health.

AbaThembu king throws weight behind the EFF for upcoming elections

On Sunday, the king addressed EFF supporters at a rally in Mandela Park, in Mthatha where he urged them to vote for the EFF.

Dalindyebo said if the abaThembu people wanted the best living conditions, they should vote for the EFF in the upcoming municipal elections, adding kings did not usually vote in elections, but he would be voting this time.

South Africa's Aspen Pharmacare is aiming to ramp up its Covid-19 vaccine manufacturing capacity to 1.3-billion doses a year by February 2024, up from annual output of around 250-million doses now.