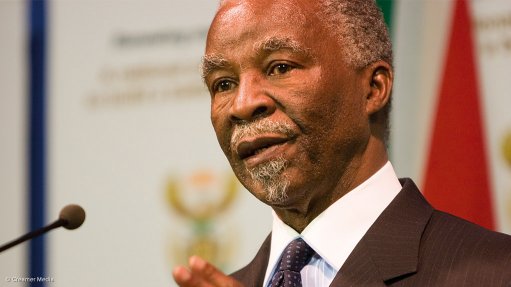 Former ANC president Thabo Mbeki says the membership quality in the party has degenerated over the years, making it hard for people to maintain trust in the governing party.

Mbeki was addressing an ANC election gathering in Parktown, where he dissected the party's manifesto which aims to attract voters ahead of the municipal elections on 1 November.

He said the ANC faced the challenge of leadership where it could not be fully confident of the leaders it put forward for people to support.

Mbeki said instead of this reflecting that the ANC was attempting to cushion its image, it reflected the party's declining quality of leadership.

The country recorded 520 new confirmed cases of Covid-19 on Thursday and 81 deaths, bringing the death toll to 88 835.

According to a statement by the National Institute for Communicable Diseases, as of Thursday, the country recorded more than 2-million laboratory-confirmed cases.

According to the Department of Health, more than 21-million vaccine doses have been administered.

Somalia's president and prime minister agree to speed up election

Somalia's president and prime minister resolved a dispute over appointments to security bodies, allowing a stalled process to elect a new parliament and president to go ahead.

Somalia was meant to choose a new president this month, culminating a complicated indirect election process that would also select a parliament.

But that was halted during a dispute between President Mohamed Abdullahi Mohamed and Prime Minister Mohammed Hussein Roble over who would head the National Intelligence Service Agency.

Somalia has had only limited central rule since a dictator was toppled 30 years ago, and has never conducted a free election.