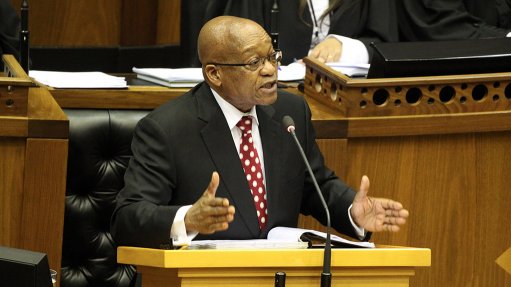 Making headlines: Load-shedding to be suspended on Saturday morning after record spell; Zuma's 15-month prison sentence for contempt of court comes to an end; And, Mpumalanga Premier reshuffles Cabinet, brings back murder-accused Msibi

Load-shedding will be suspended at 5am tomorrow morning due to lower weekend demand and adequate emergency generation reserves.

Eskom has implemented a record spell of unbroken rolling power cuts as it suffered a series of breakdowns at many of its key power stations in recent weeks.

It said while the generation capacity constraints persist, the suspension of load-shedding is possible due to the anticipated lower weekend demand, as well as adequate levels of emergency generation reserves.

Eskom will publish a further update on Sunday afternoon, or as soon as there are any significant changes.

The Constitutional Court sentenced him to 15 months in jail in its judgment on 29 June last year and he was admitted on 8 July, 2021.

If Zuma had not been granted medical parole, today would have been his prison release date.

Correctional services spokesperson Singabakho Nxumalo said all administrative processes have now been concluded and the sentence expiry date marks the end of him serving his sentence under community corrections.

Returning to Mtsweni-Tsipane’s Cabinet is former MEC for Agriculture Mandla Msibi, who has been reinstated as MEC for Cooperative Governance and Traditional Affairs.

Msibi has been accused of murder, but the charges against him were conditionally withdrawn at the High Court due to information that is currently pending.

Mandla Ndlovu, who is replaced by Msibi, is the new MEC for Public Works, Roads and Transport. He replaces Mohita Latchminarain.