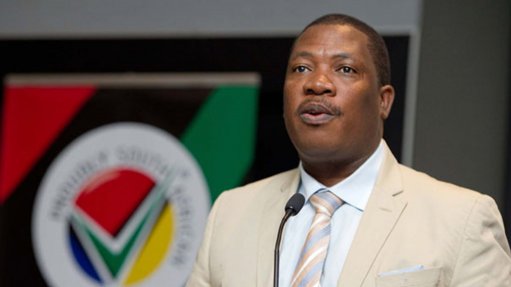 Former KwaZulu-Natal Democratic Alliance leader Zwakele Mncwango has resigned as the party's chief whip in the provincial legislature and member of the legislature.

In a statement on Wednesday, Mncwango said he tendered his resignation to the DA on Tuesday, with his tenure as chief whip coming to an end on 15 October.

He said this decision is predicated on factors that he had pondered on over a period of time in terms of his role in politics.

Mncwango questioned whether the KwaZulu-Natal legislature "was the right place to continue to best serve the people of KwaZulu-Natal".

Ousted City of Johannesburg Mayor Mpho Phalatse said she and her party, the Democratic Alliance, were confident the Gauteng High Court will declare last week’s council meeting in whch she was ousted a mayor irregular and unlawful.

Phalatse was removed as the mayor of Johannesburg in a special sitting and replaced with African National Congress councillor Dada Morero.

She said she will continue to fight with and for the people of Johannesburg.

She explained that the sitting, rushed through by the new Speaker Colleen Makhubele, in order to vote her out of office before a court could stop Makhubele, was irregular and unlawful and the party is confident that the court ruling will confirm this.

And, Panyaza Lesufi to reshuffle Gauteng cabinet when he takes over as premier

A PEC member who spoke on condition of anonymity added that Bandile Masuku, a staunch ally of the incoming premier, was another name that was mentioned.