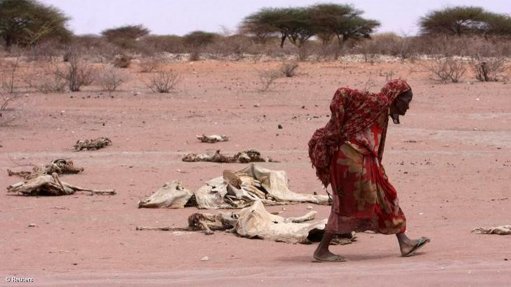 Making headlines: Phalatse heads to court to overturn election of new Joburg mayor, Eskom’s chairperson says management to get ‘benefit of the doubt’ and, Kenya lifts ban on genetically modified crops in response to drought

Axed City of Johannesburg mayor Mpho Phalatse will approach the Gauteng High Court to try and overturn what she calls an unlawful council meeting, which saw the election of the ANC’s Dada Morero as the new mayor.

Phalatse, who was voted out by a motion of no confidence least week, says the DA will not sit back while the ANC and its allies “use corrupt means to grab power”.

The matter will be heard on October 11.

DA leader John Steenhuisen announced on Friday that the DA was not done in Johannesburg and that it would continue to fight.

On Monday, ActionSA accused the DA of destabilising the city “in the interest of power and position”.

Eskom’s chairperson says management to get ‘benefit of the doubt’

Eskom’s new chairperson Mpho Makwana said the board isn’t planning any immediate changes to management and will take between 30 and 60 days to assess the company’s power plants.

Makwana said plants’ performances will be looked at to see what needs to be done to make them operational at an average of 75% of the time, a target set by Public Enterprises Minister Pravin Gordhan.

Currently their so-called electricity availability factor, a measure of when they can produce electricity, is less than 60%.

He said Eskom CEO Andre de Ruyter’s “heart is in the right place and said the board will support him for as long as he is group CEO.

South Africa has suffered its worst ever blackouts this month as Eskom’s plants continue to break down.

Kenya has lifted a ban on genetically modified crops in response the worst drought to affect the East African region in 40 years.

Authorities are hoping it will improve crop yields and food security.

Kenyan President William Ruto's office described lifting the ban as part of responses to the drought.