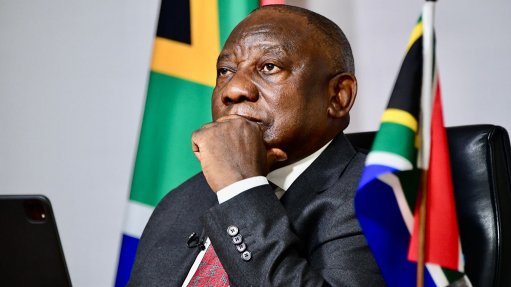 Ramaphosa and his wife, Tshepo Motsepe, have accepted an invitation from the new British monarch for the November 22 to 24 state visit.

Britain exported £4-billion pounds of goods and services to South Africa in 2021 and its imports from the country were worth about £8-billion, according to British data. Britain is South Africa's fourth-biggest export market.

ActionSA Gauteng Chairperson Bongani Baloyi has accused the Democratic Alliance of destabilising the coalition in the City of Johannesburg “in the interest of power and position”.

ActionSA briefed the media following the collapse of the multi-party government in the municipality.

The Democratic Alliance’s Mpho Phalatse was voted out as City of Johannesburg mayor in a motion of no-confidence against her last week.

The African National Congress's Dada Morero was voted in as the new mayor.

Baloyi announced that there is no coalition arrangement in the City of Johannesburg moving forward and added that his party has accepted the “new reality” that they are now an opposition party.

And, Ramaphosa lauds success of Presidential Employment Stimulus as it reaches milestone

As the Presidential Employment Stimulus reaches a milestone of one-million participants, President Cyril Ramaphosa assured that government will continue to build on the success of the programme and expand its reach.

The Presidential Employment Stimulus was launched less than two years ago as part of government’s economic recovery plan during the Covid-19 pandemic.

Many South Africans lost their jobs as a result of the pandemic and the programme was created in response.

In his weekly newsletter to the nation, Ramaphosa attributed the achievement to a collaborative effort between government, the private sector, community-based organisations and others.

He said government will continue to build on the success of the Presidential Employment Stimulus and expand its reach as it is still needed to complement recovery of the job market.