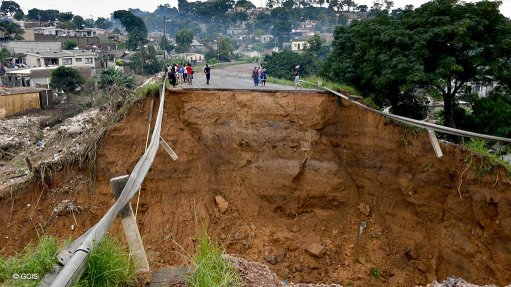 Stage 2 load-shedding will be implemented for the fifth time this week, running from 17:00 to 22:00 today.

However, Eskom expects that several generating units are expected to return to service from this afternoon and through the weekend.

Eskom will continue to closely monitor the system with a view to adjusting the stage of load-shedding.

Since Thursday afternoon a generating unit each at the Majuba, Tutuka, Grootvlei, Kriel and Matimba power stations were returned to service.

One generation unit at Kusile Power Station is expected to return to service this afternoon.

The African National Congress in Mpumalanga says it's unable to take action against one of its members who is accused of the kidnapping and murder of Hillary Gardee, saying that its hands are tied.

ANC Mpumalanga spokesperson Ngelosi Ndhlovu said that in terms of the party's step-aside rule, a member who is criminally charged ought to be allowed to voluntarily step aside. The party can suspend a member who fails to do so.

Ndhlovu explained that the accused Philemon Lukhele is currently in custody, and only if he is granted bail can he then indicate to the party whether he will voluntarily steps aside or not.

Ndhlovu also said the ANC in Mpumalanga was in the process of writing to the branch of which Lukhele is a member to implore it to stop the accused from participating in party activities going forward.

And, a study finds that global warming made South Africa's recent floods twice as likely

Scientists have said that global warming made the heavy rains behind South Africa's devastating floods last month twice as likely because of greenhouse gas emissions.

Flash floods around the east coast city of Durban killed 435 people, left tens of thousands homeless and caused R10-billion worth of damage to roads, power lines, water pipes and one of Africa's busiest ports.

The World Weather Attribution group analysed weather data and digital simulations to compare today's climate to that of before the industrial revolution in the late 1800s, when the world was about 1.2°C cooler.

A report on the study showed that an extreme rainfall episode, such as the one experienced recently, can now be expected to happen about once every 20 years.

The study indicated that without human-caused global warming, such an event would only happen once every 40 years.