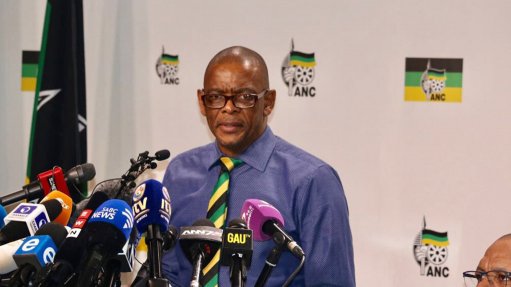 Ace Magashule 'suspends' Ramaphosa – but ANC says it is not possible

Embattled ANC secretary-general Ace Magashule is appealing his suspension by the party and has in turn sought to suspend President Cyril Ramaphosa.

In a letter, drafted May 3, deputy secretary-general Jessie Duarte had informed Magashule that he was temporarily suspended.

Firing back at Duarte in a statement yesterday, Magashule said she did not have the authority to issue such letters.

He urged those in the party who had received similar letters to also follow the appropriate internal appeal processes.

On the move to "suspend" Ramaphosa, he said this was done in terms of the resolution to step aside.

Health Minister Zweli Mkhize said the country had recorded a total of 1 588 221 Covid-19 cases by Wednesday.

Four of the 46 deaths were recorded in the Eastern Cape, one in the Free State, 19 in Gauteng, 18 in Limpopo, two in KwaZulu-Natal and two in the Northern Cape.

To date, 353 181 healthcare workers have been vaccinated as part of the Sisonke protocol.

The European Union will consider sending a civilian training mission to Mozambique to help the government withstand a growing insurgency.

Mozambique's government has been facing an Islamist insurgency since 2017 and rebels have stepped up attacks in the past year, putting at risk natural gas projects that are aimed at transforming the country's economy.