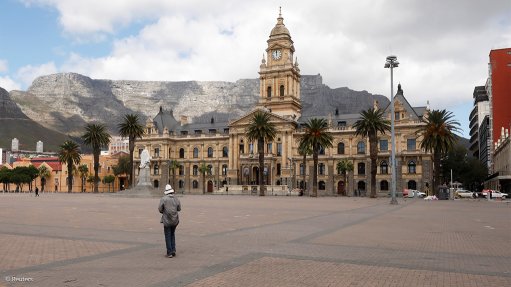 Parliament's finance watchdog the Standing Committee on Public Accounts has formally requested President Cyril Ramaphosa to respond to allegations of the misuse of public funds for party political purposes.

Earlier this week, Scopa decided to send Ramaphosa detailed questions about the allegations, which surfaced in a leaked audio recording.

In the audio clip, someone who sounds like Ramaphosa can be heard admitting that he was aware that the ANC had used public funds for party purposes. The person also suggests that the funds came from the State Security Agency.

According to Scopa chairperson Mkhuleko Hlengwa, Ramaphosa has 10 working days to respond to the letter as per the committee's decision.

After the hand-over, the City Hall will be declared the Parliament of South Africa precinct.

President Cyril Ramaphosa is due to deliver the State of the Nation Address on February 10 at 19:00.

And, Eskom cuts power to a part of Soweto after residents stop installation of prepaid meters

Eskom cut power supply to certain parts of Dlamini in Soweto today after residents allegedly denied them access to the area to install prepaid split meters.

Eskom's senior operations and maintenance manager Mashangu Xivambu said this happened despite the power utility engaging with community leaders and residents about the implementation of the project ahead of time.

Xivambu said Eskom was in the process of installing prepaid split meters throughout Gauteng following low payment trends that affected its revenue.

Xivambu said the installation of prepaid split meters would help customers to manage their own electricity consumption.