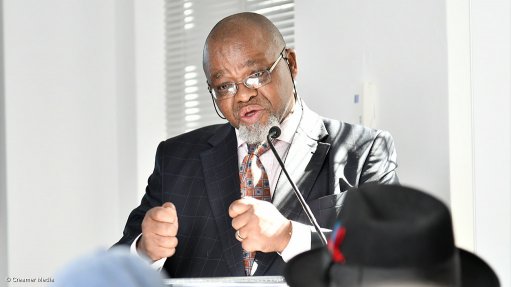 Zimbabwe’s National Patriotic Front, which former Zimbabwean president Robert Mugabe and his wife have voiced support for, has called on President Emmerson Mnangagwa to resign as protests over petrol prices continue.

Several people have been killed during clashes between demonstrators and security forces two days after it raised the price of fuel in an attempt to tame the worst economic crisis in a decade.

NFP said that it noted the country’s continuing deteriorating economic conditions after what it described as the “unconstitutional takeover of government by the Zanu-PF Lacoste faction in November 2017.

ANC Gauteng on voter registration drive ahead of May elections

The ANC in Gauteng plans to hit the ground running as it aims to get more people to register to vote, following the launch of the party's elections manifesto over the weekend.

Final voter registration is set to take place on January 26 and 27, ahead of the elections in May.

ANC Gauteng provincial secretary Jacob Khawe said following the call made by President Cyril Ramaphosa, the party will continue to take up and resolve community issues as they work towards growing South Africa.

The Amadiba Crisis Committee action group today contradicted the statement by Mineral Resources Minister Gwede Mantashe that he would be visiting the volatile Xolobeni community in the Eastern Cape once again on the invitation of the ACC.

This comes as the situation continues to escalate in Xolobeni ahead of Mantashe's planned visit to the village on Wednesday to engage the community on mining and economic development prospects in the area.

In a statement on Monday, the department of mineral resources said that during his last meeting with the ACC in November 2018, the ACC had requested Mantashe to come back and meet with the broader community in Xolobeni.