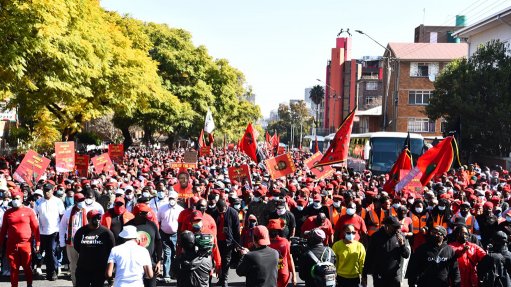 Making headlines: EFF says march to Phoenix will be peaceful; More than 8-million jabs administered in vaccination drive; And, Kenya's economy to grow by 6.6% in 2022

EFF says march to Phoenix will be peaceful

The Economic Freedom Fighters in KwaZulu-Natal have said that today’s march in Phoenix is to ask for justice and the suspension of all the security companies that embarked on illegal acts of vigilantism during the unrest in the province.

The EFF’s march follows the violence that resulted in people losing their lives last month.

Police Minister Bheki Cele recently reported that 33 of the 36 people killed were Africans from Amaoti, Bhambayi, Inanda and other areas around Phoenix.

KZN and parts of Gauteng experienced extensive looting and destruction of property, accompanied by acts of violence and lawlessness, when former President Jacob Zuma’s supporters demanded he be released from jail.

More than eight-million Covid-19 vaccine doses have been administered in South Africa as part of its vaccination drive.

Kenya's economy is expected to grow by 6.6% in 2022, unchanged from this year's projection, the finance ministry said, with the main risks being the Covid-19 pandemic and political activity ahead of an August general election.

The ministry said in a document they expect 2022 being an election year, heightened political activities especially in the fourth quarter of 2021 which are likely to erode investor confidence and affect projected growth.