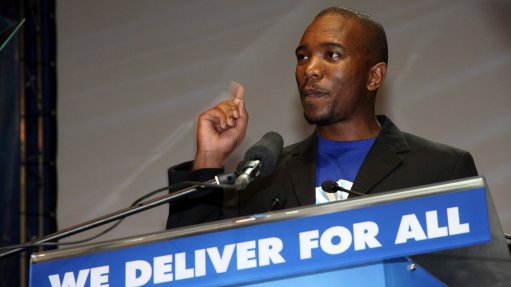 Deputy President Cyril Ramaphosa must provide the country and Parliament with a comprehensive report on the state of Eskom, the Democratic Alliance said on Sunday.

DA Parliamentary leader Mmusi Maimane said in a statement he had written to Ramaphosa requesting that Parliament be provided with an accurate comprehensive report on the maintenance needs of Eskom's power stations, the likelihood of a national blackout and the fortnightly briefing on the state of Eskom by Ramaphosa to the National Assembly.

"For the sake of public trust, these measures need to put in place until the crisis at Eskom has been remedied," Maimane said.

He said Ramaphosa and Eskom needed to take the nation into their confidence and be frank about the possibility of a national blackout.

"Documents show that Eskom is running simulation exercises in preparation for a national blackout.

"These simulation exercises are being run under the codename Breaking Dawn, under the command of Ayanda Noah, Eskom's chairperson of the Emergency Response Command Centre," Maimane said.

Eskom said in a statement that the simulation exercises and tests were done regularly to ensure it was prepared to respond "extreme events" and to identify areas that needed improvements.

"In the past these exercises have addressed issues such as preparedness for emergency demand reduction, preparations for the 2010 Fifa World Cup, local elections and the African Cup of Nations.

"No action was needed to be taken by members of the public as this is only a simulation exercise," it said in a statement.

Eskom said the national power system had multiple layers of manual and automatic protection in place in order to prevent a national blackout from occurring.

It said load shedding was one of the mechanisms it used to protect the power system.

"The eventuality of a blackout occurring is therefore highly unlikely."

Ramaphosa's spokesman Ronnie Mamoepa could not immediately be reached for comment.