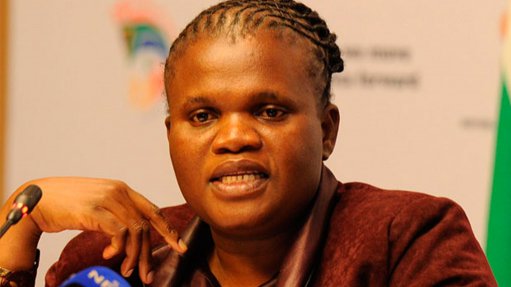 When Minister Muthambi refused to rebuke the SABC’s COO, Hlaudi Motsoeneng, for his statement that the media should be regulated, I questioned why she was bent on protecting him when her own party takes aim at the SABC leadership in its recently published NGC discussion paper.

“The series of crises at the public broadcaster reflect a lack of leadership, lack of accountability and poor management. In confronting the crisis more emphasis has been placed on reporting processes without a corresponding attention to holding those responsible to account for the financial and organizational maladministration that has brought the public broadcasting institution into crisis.”

So, the ANC says that the SABC is in crisis as a result of leadership failure, while Minister Muthambi says there is no crisis.

It is quite clear that many in the ANC are deeply embarrassed about the state of the SABC, not to mention Hlaudi Motsoeneng’s uncanny ability to bring the SABC into disrepute whenever he opens his mouth. Minister Muthambi, on the other hand, is quite happy to let Hlaudi continue wrecking our public broadcaster.

If President Zuma is unwilling to fire Minister Muthambi for her role in protecting and promoting Hlaudi in defiance of the Public Protector, perhaps it is time her party exerted more pressure on her.

If the ANC can recall a sitting President, it can get rid of a Communications Minister who is out of her depth and out of step with her own party.