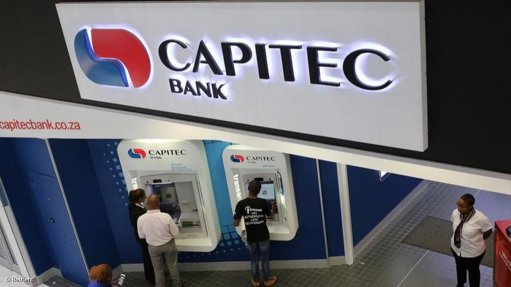 Capitec was selected by the Portuguese government as the successful bidder after approximately 60 expressions of interest from foreign and local bidders were initially received.

The proposed merger does not raise any competition or public interest concerns and the Tribunal has thus approved the transaction without conditions.

Mercantile Bank, a registered bank-controlling and investment-holding company, is a wholly owned subsidiary of Caixa Geral de Depositos, S.A. (CGD). CGD is a Portuguese Bank owned by the Portuguese Republic.

Mercantile Bank provides business and commercial banking services. It also has a private banking offering. It banks with a specialised range of secure and user-friendly products and services such as electronic banking, borrowing solutions, investment and insurance solutions.

CDG’s sale of Mercantile Bank is as a result of the economic difficulties experienced in Europe following the 2008 global credit crisis. Several European countries (including Portugal) received economic assistance from the European Central Bank and were required to implement changes to sustain their recovery.

By decree of the Portuguese Finance Minister (and for Portugal to make payments to the EU) a recapitalisation plan was approved by the European Commission. The proposed transaction is a result of, and part of, the plan.

The Tribunal has confirmed a settlement between the Commission and a corporate cleaning company that tendered collusively in relation to a 2016 South African Social Security Agency (Sassa) tender.

Greensweep Consortium (Pty) Ltd (Greensweep) admitted that it had colluded with another company in this regard, in exchange for having some of the work sub-contracted to it. It is now liable to pay an administrative penalty (a fine) of R40 300.59.

Greensweep has also agreed to implement and monitor a competition law compliance programme to ensure its employees, managers, directors and agents do not contravene competition law in future.

Greensweep and Quintax 31 CC (trading as Quintax Cleaning Services) became the subject of an investigation when Sassa lodged a complaint with the Commission in January 2018.

The Commission found that the companies had engaged in discussions and exchanged information with each other regarding the tender. In particular, the investigation found the following:
Greensweep agreed to submit a high bid based on prices prepared by Quintax, to let Quintax win the tender (the tender was awarded to Quintax);
Bid documents for both companies had been completed by the same person; and
Both companies’ contingency plans were the same and were prepared by the same person.
The Commission, meanwhile, confirmed to the Tribunal during the hearing that Quintax had been awarded the tender and had been executing the tender. The Commission further confirmed that Quintax had concluded a settlement with the it and that the matter would come before the Tribunal in coming weeks.

The Tribunal has confirmed, as an order, a settlement between the Commission and a furniture removal company that admits to price fixing involving the e-toll levy charged to customers transporting goods on Gauteng highways.

Crown Relocations (Pty) Ltd has agreed to pay an administrative penalty (a fine) of R240 647.05 in terms of the settlement. It has also agreed to implement and monitor a competition law compliance programme and has undertaken not to contravene the Competition Act in future.

The case stems from a 2017 Commission investigation into allegations that several furniture removal companies and the movers’ association to which they belong had fixed the e-toll levy imposed on customers.

The Commission found that eleven (11) furniture removal companies met in 2014 under the auspices of the Northern Provinces Professional Movers Association of South Africa, during which time they had agreed to impose a R350 levy on each quote, when transporting furniture along Gauteng e-toll roads. The Commission maintained that the purpose of the agreement, which had existed since January 2014, was to pass e-toll costs on to customers.

Issued by The Competition Tribunal