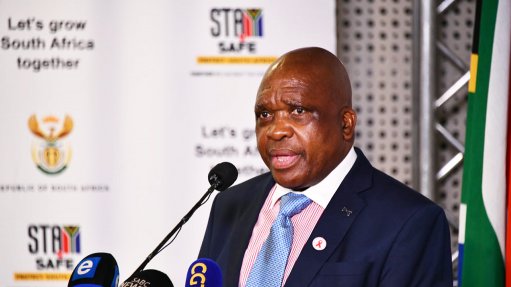 While most of the cases of a new Covid-19 variant have been detected in Gauteng, Health Minister Joe Phaahla and scientists believe it may also be present in other provinces.

Phaahla and Professors Tulio de Oliveira and Richard Lascelles confirmed the detection of variant B.1.1.529 during an "urgent" briefing on Thursday afternoon.

De Oliveira - a bioinformatician and the director of the KwaZulu-Natal Research Innovation and Sequencing Platform (KRISP) at the University of KwaZulu-Natal (UKZN) - said the new variant had a high number of mutations which were "concerning for predicted immune evasion and transmissibility".

He added that it had also been detected in Botswana and Hong Kong.

The professor said there were early signs from diagnostic laboratories that the new variant had rapidly increased in Gauteng, and may be present in other provinces.

"We can make some predictions about the impact of mutations in this variant, but its full significance uncertain, and the vaccines remain the critical tool to protect us from severe diseases."

De Oliveira said the new variant had "surprised" them.

"It has many, many more mutations. We can see that the variant is potentially spreading very fast. We do expect to start seeing pressure in the healthcare system in the next few days and weeks."

He urged the public to avoid super-spreader events.

"We can see that variant potentially spreading very fast," said De Oliveira. He added that pressure on the healthcare system was expected to increase within the next few days and weeks.

Dr Richard Lessells, an infectious disease expert at KRISP, said it was concerning that the variant might be circulating in other provinces.

There is a lot we don't understand about this variant and what it means, he said.

Phaahla said that the spike in Covid-19 infections was initially thought to be due to the Delta variant, but the emergence of the new variant "reinforces the fact that this invisible enemy we are dealing with is very unpredictable".

He encouraged South Africans to practice the tried and tested methods of prevention, including avoiding crowds, physical distancing, and wearing face masks.