Coronavirus Update: More than R32 million in support of the film industry in KZN 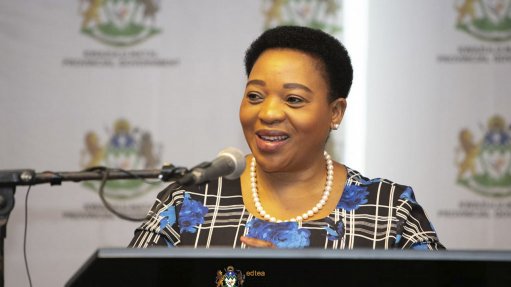 I wish to pay tribute to all winners and participants in this year’s Simon "Mabhunu" Sabela KZN Film And Television Awards which were held virtually for the first time this weekend.

This was indeed a historic event which was well executed judging by messages of congratulations from the viewers across the country and the globe.

Our entity, the KwaZulu-Natal Film Commission (KZNFC) will continue to ensure that our province is promoted and marketed as a global destination for film productions.

COVID-19 adversely affected all industries across the world with the media and entertainment industry being one of the hardest-hit sectors.

The film industry has been notably more vulnerable due to the nature of production, and the consumption of its output wherein physical interaction is required on production sets and in exhibition spaces such as cinemas.

With the containment strategies of COVID 19 that includes, restrictions on movements and gatherings, travelling and closure of cinemas, this meant that the industry came to a halt.

As in the case of so many other industries, the film sector is adjusting in order to recover from the impact of the pandemic.

Over R32 million has been set aside to fund production and development projects and a further R1, 6 million to support local film festivals during the year. This is part of the implementation of the Economic Reconstruction and Recovery Plan which was approved by Cabinet weeks ago.

We are encouraged by the fact that the film industry in KwaZulu-Natal, from pre-production to distribution, is playing a vital role in driving socio-economic development in KwaZulu-Natal.

It generates many more jobs indirectly in the support and hospitality industries, stimulating business in hotels, catering companies, restaurants and transport providers.

KwaZulu-Natal, through the KZN Film Commission will continue to nurture a world-class skills base in the area of film production with excellent film locations at competitive rates.

The nomination of six of our funded projects for the 14th Annual South African Film and Television Awards should be viewed as a strong indication that the local film industry has the required competency to become a significant player in the national and international market.

Post COVID-19, we want the industry in this province to stimulate growth, generate substantial employment and brings in valuable foreign exchange.

In addition, the Film Commission will play a greater role in telling the untold stories of KwaZulu-Natal.

It is true that the image of KwaZulu-Natal has changed from a gloomy hopeless province, at war with itself, to become an attractive destination for investors and leisure-seekers who cannot wait to set foot on our sandy shores.

The entity will sustain this positive image of KwaZulu-Natal through film production with the creative talent engendering debate through their craft.

The people of this province, and the creative industry in particular, will be excited to note that the Film Commission has begun to prioritise its funding and training to cater for digitally-driven film content such as animation.

We are focusing on programmes to enhance the skills and knowledge of the filmmakers to understand alternative media platforms such as Video On Demand (VOD) were provided so that the local filmmakers could access multiple platforms to distribute and to sell their content.

It is a key strategy of the entity that these scarce skills and digitally driven programmes are supported as the drivers of the film sector going forward.

In particular, we want to ensure that the film programmes are taken to previously disadvantaged communities.

We will achieve through audience development, information sharing sessions and funding people from designated groups throughout the province.

Issued by The KZN MEC For Economic Development, Tourism And Environmental Affairs