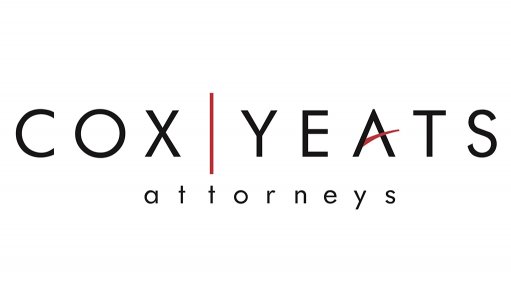 A specialist committee on Company Law was established in 2011 which advises the Minister of Trade & Industry on changes to Companies Law and Policy.   This committee has identified changes to the 2011 Act which are contained in the Bill.

The explanatory memorandum of the Bill points out two important matters of company law reform which the Committee is considering but which has not been included in the Bill.  These are worker representation on company boards and the extension of directors’ duties in favour of a multiplicity of stakeholders.  These issues we are told will be dealt with in a further Bill to be introduced later this year after proper consultation.

Most of the changes brought about by the Bill are to be welcomed and correct problems which have occurred in practice or reduce unnecessary regulation.  Fundamental changes are brought about through greater access to company records, a new register of the true owner of shares and the obligation to disclose more fully the remuneration paid to top executives.

Set out below are the salient features of the Bill.

Date that an amendment to the MOI takes effect

Section 16(9)(b) of the Companies Act (the Act) provides that an amendment to an MOI takes effect on the date when the notice of amendment is filed. In practice, this provision has been problematic if the amendment was rejected by the Commission.

A non-shareholder, including any member of the public, is entitled to inspect or copy the security register of a profit company.

The Bill requires a company now to keep a register of the holders of a beneficial interest in shares or of the true owner of shares.  This is dealt with more fully below.  The annual financial statements must also contain enhanced details of the remuneration of directors.  The reports to annual meetings must contain the remuneration and implementation report.

The Bill now also provides that members of the public may access the information previously made available to shareholders save for a small company.  The exclusion contained in the Bill applies to a company where:

In respect of these companies, there is no right to inspect the share register or the register of beneficial interest in shares.

What remains unclear is who makes a final decision as to the public interest score of a company.  It is an offence for a company, director or prescribed officer not to take reasonable steps to ensure that the company complies with the requirements of these sections.

The Bill introduces a new definition of “true owner”.  A true owner is a natural person, who is considered to be the ultimate and true owner of the relevant shares.  It is the last person in the chain of beneficial holders.  The explanatory memorandum to the Bill states that the Act seeks to promote transparency and high standards of Corporate Governance as well as to recognize the role of enterprises within the social and economic life of the nation.

It is therefore important that the true owner of shares in a company is identified.  The amendments to Section 56 of the Act contained in the Bill place an obligation on companies to require from the registered shareholder the identity of persons who hold a beneficial interest, to strengthen provisions requiring that companies establish and maintain a register of owners of beneficial interest, and to require companies to publish in their audited financial statements details of all persons who, alone or in aggregate, hold a beneficial interest amounting to 5% or more of the total number of shares in that class.

Of course, it is often impossible to determine the natural person who ultimately owns, or controls shares.

Discretionary trusts often result in shares being held by a class or group of persons.

Private equity arrangements often provide that, shares are held by a general partner on behalf of limited or en commandite partners, who remain undisclosed or secret.  In these circumstances, a company is not able to identify the true or underlying owner of shares.

Attempts under the Bill to pierce through these provisions is probably naïve.

Will these statements be audited?  It is difficult to imagine how an auditor will be able to verify or audit a register of the beneficial owner of shares.

The Bill states that every public company or state-owned company must prepare and present a remuneration policy for directors and prescribed officers and this policy must be approved by ordinary resolution at an annual general meeting.

The remuneration policy must be passed at an annual general meeting every three years or whenever there is any material change to the policy.

Where the remuneration policy is not approved by ordinary resolution, it must be presented at the next annual general meeting of the shareholders held for this purpose until approved.

Where the implementation report is not approved by ordinary resolution, then the remuneration committee of the board shall, at the next annual general meeting, present an explanation providing details in which the shareholders’ concerns have been taken into account and the non-executive directors on that committee shall be required to stand down for re-election every year of such rejection of the implementation report.

Clause 5 of the Bill states that the directors’ remuneration report or policy does not need to be audited.

Clause 8 to the Bill stipulates that companies with a public interest score that exceeds the limit set out in the Act, must file with their annual returns, a copy of the company’s latest financial statements.  In addition to this, the company must file the company’s security register and a copy of the register of the disclosure of beneficial interest, as required in terms of Section 56.  The Commission must then make the annual return available electronically to any person in the prescribed manner.

Validation of an irregular creation or allotment or issuing of shares

Clause 9 of the Bill provides that where a company purports to create, allot or issue shares and the creation, allotment or issue is otherwise invalid, a court may, on receipt of an application by the Company or by any person who holds an interest in the company, after being satisfied that it is just and equitable to do so, make an order validating the creation, allotment or issue.

This amendment is to be welcomed because it enables errors to be rectified.

Section 40 of the Act allowed a company to issue shares which were not fully paid for.  In that case, the shares could be issued immediately but transferred to a third party to be held in trust and only later transferred to the subscribing party in accordance with the trust agreement.

These provisions are to be welcomed because they clarify what, up to now, has been a rather unclear position.

Financial assistance by a holding company to a subsidiary

Clause 12 of the Bill stipulates that a special resolution will not be required in these circumstances.

Regulated company and the Take Over Regulations

Section 118 of the Act stipulated that if 10% of the issued share capital of a private company were transferred within a 24-month period, then this is a regulated company to which the Take Over provisions applied.  These provisions resulted in unnecessary burdens for relatively simple share transactions.

Section 195 of the Act provides that the Companies Tribunal may adjudicate in relation to any application that may be made to it in terms of the Act or assist in the resolution of disputes.  Clause 25 of the Bill provides for an amplification of these powers.  It proposes that the Tribunal may conciliate, mediate, arbitrate or adjudicate on any administrative matter affecting any person as may be referred to it by the B-BBEE Commission in terms of the Broad-Based Black Economic Empowerment Act.

The 2021 Bill is the first major review of the Act since its introduction in 2011.  Comment on the Bill must be submitted by 1 November 2021.

Most of the proposed changes contained in the Bill are to be welcomed and, in most cases, reduce unnecessary regulatory requirements.

The proposed enhanced disclosure of company information, restricted initially to large companies, however, provides a fundamental shift.  The concept of enhanced disclosure and transparency to achieve change, as opposed to regulation itself, is a welcome step.

On the other hand, this must be measured against the right of privacy which may be claimed by companies or individuals.  The right to privacy is countered by the contention that large companies play a societal role and therefore need to be properly accountable for their conduct and actions.