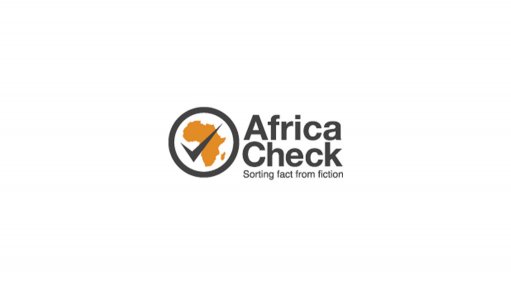 A day after Kenya took delivery of a million doses of the Oxford-AstraZeneca vaccine for Covid-19, a group of Catholic doctors weighed in.

The vaccine was “unnecessary” and “it should not be given”, the Kenya Catholic Doctors Association said in a 3 March 2021 “advisory”, suggesting alternative treatments.

The advice by the group, which says it works to “expose falsehoods in medical practice”, was quickly criticised by other doctors for being misleading.

And in a 9 March statement, Catholic church leaders said the doctors were speaking “in their own capacity”. All Covid-19 vaccines vetted by the health ministry were “licit and ethically acceptable” and Kenyans should be encouraged to take them, even if on a voluntary basis.

Estimates vary, but data firm Statista says that as of 2019 some 20% of Kenya’s 47.5-million people were Catholics.

Earlier senior Catholic archbishop Anthony Muheria said Pope Francis, the global head of the church, had taken a vaccine, as had his predecessor, Pope Benedict XVI.

The World Health Organization (WHO) also issued a statement on “the falsehoods and uncertainties being circulated about this vaccine as unnecessary, questionable or unsafe”.

The 10-page advisory from the Kenya Catholic Doctors Association is in places rambling, and makes some sweeping statements. For example, it works out a global crude mortality rate of 0.03%, more accurately a case fatality ratio, and says this “means your chances of survival in the midst of this disease in this world is 99.97%”.

The group also made other claims that have since been debunked by other fact-checkers, such as comparing long-standing diseases with an emerging one – Covid-19.

We isolated three other significant claims in the advisory and asked experts about their accuracy.

Claim: “We know for a fact that there are drugs that have been repurposed and used effectively to treat Covid-19.”

The doctors’ statement was signed by association chairman Dr Stephen Karanja. Asked for his evidence, Karanja told Africa Check the advisory “is meant for general understanding by any sensible person who can read English”.

“If you want research papers, get them from scientific journals currently in the public domain,” he said via text.

The doctors claimed the WHO’s guidelines indicating that there isn’t an effective treatment for Covid-19 were “outdated”. Instead, they suggested that the drug ivermectin be used as prevention. A combination of hydroxychloroquine, zinc and azithromycin was another treatment option, they said.

Ivermectin is used to treat parasitic diseases and some skin conditions. The WHO has not “not made any recommendation” on its use to treat Covid-19, the agency said in its statement.

Research is still being conducted on the drug’s abilities against Covid-19 and the WHO would review the findings of such studies.

“Currently, the only therapeutic recommended by the WHO after a scientific review is dexamethasone, which is now widely used across the world and in Kenya for the treatment of severe Covid‐19 cases,” the agency said. “As yet no other therapeutic has been found to be effective.”

A review of available research has “shown a suggestive positive trend, but there is absolutely not enough for this drug to be repurposed and used routinely in Covid-19 patients”, Vardas said.

Dr Brenda Kubheka, a clinical risk and ethics expert at Health IQ, a healthcare consultancy in Johannesburg, South Africa, said there were also concerns about patient safety and legal liability for those who prescribe ivermectin.

Hydroxychloroquine ‘does not work’

“There are very clear international guidelines based on evidence that show that hydroxychloroquine does not work against Covid-19 and it is detrimental and causes renal failure in Covid-19 patients given this drug,” Vardas said.

In July 2020 the WHO said it was immediately stopping its research into the use of hydroxychloroquine to treat the virus.

“Claims about the effectiveness and safety of drugs, new or repurposing should be supported by evidence from clinical trials,” Kubheka told Africa Check via email.

Doctors and patients should conduct a risk-benefit analysis “to avoid raising false hopes and account for the possible harm and futility”, she said.

Vardas, who said the information in the advisory was a “mix of semi-truths and falsehoods”, gave remdesivir and tocilizumab as some of the “drugs that do show benefit in severe Covid patients”.

Remdesivir is an antiviral medication first developed to treat infection by a range of viruses, including that which causes hepatitis, while tocilizumab is used to treat arthritis among other conditions.

While it is correct that there are drugs that have been repurposed for Covid-19 treatment, the Catholic doctors are wrong that ivermectin and hydroxychloroquine are among those.

The doctors also inaccurately present claims about the effectiveness of repurposed drugs. We therefore rate this claim as misleading.

Claim: “We also know that vaccination for this disease is totally unnecessary.”

Karanja told Africa Check that the advisory’s goal was to reduce “morbidity and mortality among the very few Kenyans who need help”.

But Kenya’s Catholic bishops echoed a December 2020 communique by the church that vaccination protected both one’s health and that of the community.

Covid-19 vaccines “are completely necessary to reach herd immunity of 67 to 70% and thus interrupt natural transmission of this virus”, Vardas told Africa Check.

And there is evidence for the effectiveness of the vaccine in preventing transmission of Covid-19, and also in “reducing the likelihood of people getting the infection”, Kubheka said.

It was vital that individuals at high infection risk, such as health workers and the elderly, be “provided with the appropriate scientific information to empower them and facilitate informed decision making about their health and the people around them,” she said.

“Incorrect information shared by influential people also poses a threat to vaccine acceptance, and it may fuel hesitancy."

Claim: “Vaccines have never been used to control outbreaks.”

Together with “the protective measures of washing hands, keeping distance and wearing a mask”, Covid-19 vaccines “are an additional critical tool of protection”, according to the WHO.

Kubheka gave the example of the influenza A (H1N1) outbreak in the United States from 2009 to 2010 and directed Africa Check to a 2013 study by the US Centers for Disease Control and Prevention that shows how a vaccine was used to control the outbreak.

The study attributed the effectiveness of the control programme to the amount of vaccine that was available earlier in the outbreak.

Kubheka did add that vaccines “alone can never control disease outbreaks” and that many other public health interventions are needed. These include preventing transmission, achieving containment, effective surveillance and continuous research.

We also rate this claim as incorrect.