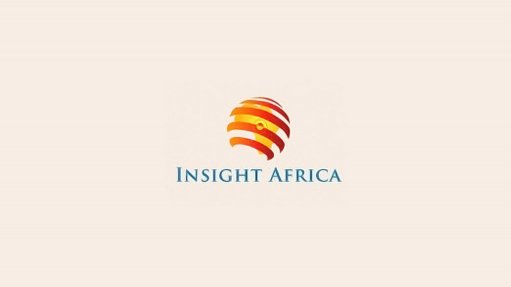 We had three significant events recently – the President opened Parliament; the IMF came to Harare on a road show; and the Revenue authority published its figures for the third quarter of the year. Taken together these three events summarize the situation in Zimbabwe very clearly and in a stark fashion.

The IMF visit was fascinating because it is the first time that we have been honored by the Breton Woods institution, in having the Africa Director and a team, come to the City on a road show to present their review of African economic prospects and conditions and their forecast for the immediate outlook. The Director was impressive – clear grasp of the issues, confident and diplomatic.

Their predictions were most encouraging – Africa, south of the Sahara was growing rapidly and growth would actually accelerate slightly in 2015. The team showed us a series of figures that supported this and outlined what was needed to accelerate the growth of the region. Diplomatically they made no special mention of the figures for Zimbabwe but they did mention that we had met the objectives of the first Staff Monitored Programme (SMP) and as a result a second SMP had been agreed to run until the end of December 2015.

A study of the IMF documents revealed the extent of the recent collapse in the Zimbabwean economy. In almost all schedules, we were either at the bottom or close to it. These numbers were summed up in a table that showed us as being number 244 in GDP per capita in the world – I think only three countries are worse than we are. That single statistic shows just how catastrophic the collapse of our economy has been since 1997 when the World Bank and the IMF first signaled that we were no longer meeting their minimum criteria for membership.

However, as I have been saying for some time, if you take South Africa and Zimbabwe out of the African statistics – the continent is now growing fast, as fast as many of the Asian Tiger economies.

The Zimbabwe Revenue Authority (ZIMRA) press release was a shocker. In the first Quarter the decline in VAT was about 7 per cent. The Third Quarter it was down by a whopping 34 per cent. For me this is the key indicator as VAT collections represent domestic spending activity. A decline of 7 per cent would be serious in any economy, in Japan it would cause the Government to resign. But 34 per cent is a train smash and signals that another major economic crisis is under way.

The effects of the decline are already visible – children are being taken out of school, traffic levels in the Cities are distinctly lower, company closures are accelerating and major corporate’s are reporting the slow down, with clear beer sales down a third. Car lots are crowded with unsold cars and second-hand car prices have halved. Property prices are also declining and are already half what they were two years ago.

Despite all the rhetoric, the banking sector is still “fragile” to use a commonly used euphemism. 15 months ago we had 23 banks holding nearly 5 billion dollars in deposits, today we have 17 banks with another two teetering on the edge of collapse and the remainder holding just over $4 billion in deposits. The ratio of non performing debts continues to rise and now approaches 20 per cent of all deposits – a realistic analysis I am sure would show that a third or more of the loans by certain banks are essentially non-performing.

In this lunatic asylum we call Zimbabwe, this situation is understood but hardly discussed. I pointed out to one of my Zanu PF colleagues in the House of Assembly that the ZIMRA numbers represented the clearest signal yet that our economy was, once again, in free fall and his reaction was to terminate the conversation and leave the room – not prepared to face the reality of being back where we were in 2008, except that this time we have the US dollar and deflation of about 2 per cent as against prices doubling every 4 hours with inflation at 250 million per cent.

Then, there is the cat fight that has been underway for the past three weeks as the “First Lady”, Dr. Grace Mugabe has taken on Dr. Joice Mujuru, the Vice President in a messy, no holds barred fight for political ascendency. Like a real cat fight there has been a lot of noise, fur flying and dust, but no blood on the floor. Both parties to the fight have suddenly left the arena and retired to lick their wounds (if any). The night is silent again.

In the midst of all this the President has performed the ceremonial opening of Parliament – using the old colonial motor car that was used in the days of Federation and the colonial cavalcade of beautiful horses and very smart mounted police. The Presidential Guard was on parade, two lines of very smart soldiers under the control of a Sergeant Major who looked every inch a soldier, although I thought the uniforms were a bit tatty.

His speech was shorter than usual but apart from having a bit of difficulty getting in and out the car and climbing the steps to the reviewing stand, he looked amazingly well for a 90 year old. Last time he opened Parliament I thought he was going to fall down at one stage.

But that was it – he made no mention of the economic situation, no mention of the cat fight and the role the two ladies in waiting had been through, no mention of the tough conditions contained in the second SMP and no mention of the future. Instead he carefully restated that there would be no changes to the indigenisation policy which has done so much damage to our economy in recent years. It was almost as if he needed something to bludgeon the economy to death, now that they have completely destroyed the old commercial farming system.

He stated that agriculture had been the star in the firmament of the Zimbabwe economy in the past year, growing at 20 per cent. This fiction fed to him I am sure by the Minister of Agriculture who does not have a clue about what is happening. In fact, if agricultural output grew even by 5 per cent last year I would be surprised. Mining has contracted and exports are down and tourism is still largely stagnant except for the Victoria Falls.

The most likely outcome of the political struggle going on in the Zanu PF Party is the status quo, no changes, Mr Mugabe will be declared President for life, the Vice President will survive and Dr. Who ( Editor;  a reference to Grace Mugabe, the questionable honorary doctorate), will go back to her farms in the Mazoe Valley. We will remain a ship headed for the rocks without a Captain capable of rescuing us from our fate. As he declines in capacity, his first officer will have to take the wheel, but has little clue about navigation. The crew, busy gorging themselves in the dining room below decks, will pay no attention to the crisis upside until they hit the rocks and then abandon ship.

Editorial note:
Zimbabwe:  A troubled country and a terrible week for South Africa

Business Report yesterday carried a front-page report on Zimbabwe by Tawanda Karombo in Harare under the heading "Analysts dim Zim's new state fund."  This is a reference to the Zimbabwean Sovereign Fund which is funded from mineral royalties. The general view among economists and others is that it won't work unless Pres. Robert Mugabe's government addresses the poor confidence in the country's economy, declining foreign direct investments, as well as a woeful budget position.

Eddie Cross, probably Zimbabwe's most experienced and most quoted economist, spells this out in the excellent piece that follows. In fact, that's why we have published it. But there's a second reason and that is what is happening in South Africa right now - in a week which saw riot police enter the Parliamentary chamber in a pre-planned exercise.  The last time police entered the Chamber was in 1966 when Prime Minister Hendrik Verwoerd was assassinated.

I took three of our Sunday newspapers -- the City Press, Sunday Times, and the Sunday Independent ( and the Afrikaans Sunday Rapport could also have been included because it made a similar point) and laid them out on the dining room table and these were the depressing head-lines with more to follow inside:  The City Press;  " The House that Fell Apart” -  a reference to the South African Parliament and under that headline  “ The EFF says it will disrupt Pres. Zuma`s state of the nation address”;  “DA leader in parliament vows to boycott the Speaker” and “  ANC sees nothing wrong with the police being in the house.”  The Sunday Times leads with "Now you will learn: this weeks' invasion by riot cops linked to Zuma's plan to flex ANC muscles in Parliament”. And the Sunday Independent leads with a report that King Goodwill's plan to spend R300 million on a `cultural precinct’ near his palace, had been iced by government and a probe ordered into his spending.

Our last Insight was headed, "Pres Zuma, you must do better!" The fact is that South Africa must do better! - if we are not to lose the plot completely and the confidence in ourselves as a people.