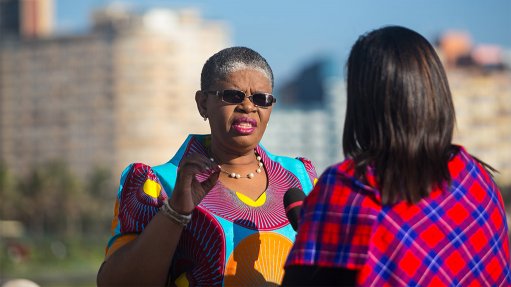 As the ATM we received the news with shock but with no surprise. There is nothing "Breaking News" about an ANC office bearer being found with their hand in the cookie jar. It is a thing amongst many of them and quite often such charges are like flu, they always vanish into thin air without accountability and justice. And it is unfortunately the poorest of the poor that suffer the consequences because services meant for them don’t get rendered.

We understand and respect as a party that everyone is innocent until proven guilty and Cllr Gumede should be afforded a fair opportunity to clear her name.

We, however, hold the view that she must resign from her duties as the Major of the eThekwini Metro Municipality with immediate effect. Doing so will give her enough time to mount a defence and clear her name.

Fraud, corruption, money laundering and racketeering are serious charges that if she’s found guilty in the court of law she could spend at least 15 years in prison.

At least 17 729 electorates voted for the ATM in the KZN provincial legislature, giving us a seat in the house. They have trusted us to protect and serve the needs of the people. They entrusted us with a mandate to ensure that we hold the executive accountable in the province.

We wish to assure our voters that people like Cllr Gumede will deliver services to the people, failing which they will face the full might of the law and ATM will make sure of that. Corruption will never be tolerated in our watch.

We call on you Mayor Zandile Gumede to do the right thing. Step down and allow another capable candidate to take over from here.

Issued by The African Transformation Movement