Are tests for provisional and final liquidation orders really different? 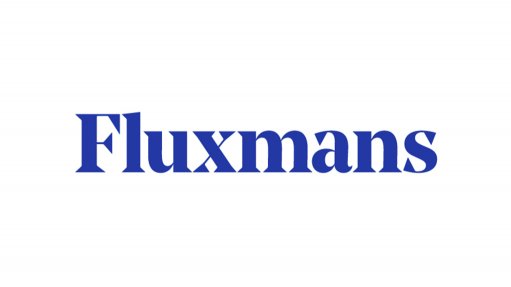 Legal practitioners are aware that a liquidation application should not be resorted to when the debt is disputed as this will amount to an abuse of process and the application runs the risk of being dismissed.

Debtors attempting to avert provisional or final liquidation will often attempt to oppose an application by disputing the existence or validity of the debt on which the applicant creditor relies.

This leads to the question of how one determines whether the debt is disputed and whether the legal test or tests to be applied by the Court are different for provisional and final liquidation orders.

Broadly speaking, the Badenhorst principle applies as the test for a provisional order and the Plascon-Evans rule applies to a final winding up of order.

However, there are at least two recent Supreme Court of Appeal decisions where elements of the Badenhorst were applied at final order stage.

Simply stated, the Badenhorst principle provides that where the respondent's indebtedness has been prima facie established by the applicant, the onus is there on the respondent to show that this indebtedness is indeed disputed on bona fide and reasonable grounds.

“Liquidation proceedings are not intended as a means of deciding claims which are genuinely and reasonably disputed. The rule is generally known as the ‘Badenhorst rule’, after one of the leading cases on the subject, Badenhorst v Northern Construction Enterprises (Pty) Ltd 1956 (2) SA 346 (T) at 347H-348C. A distinction is thus drawn between factual disputes relating to the respondent’s liability to the applicant and disputes relating to the other requirements for liquidation. At the provisional stage, the other requirements must be satisfied on a balance of probabilities with reference to the affidavits. In relation to the respondent’s liability, on the other hand, the question is whether the applicant’s claim is disputed on reasonable and bona fide grounds; a court may reach this conclusion even though on a balance of probabilities (based on the papers) the applicant’s claim has been made out (Payslip Investment Holdings CC v Y2K Tec Ltd 2001 (4) SA 781 (C) at 783G-I). However, where the applicant at the provisional stage shows that the debt prima facie exists, the onus is on the company to show that it is bona fide disputed on reasonable grounds (Hülse-Reutter & Another v HEG Consulting Enterprises (Pty) Ltd 1998 (2) SA 208 (C) at 218D-219C).

Therefore, when an applicant seeks final relief and there are conflicting versions of fact, the court must, in essence, accept the version of the respondent unless the latter’s allegations do not raise a real, genuine or bona fide dispute of fact or are so far-fetched or clearly untenable that the court is justified in rejecting them merely on the papers.

This is subject to the qualification that only when the court is satisfied that a party has seriously and unambiguously addressed the fact said to be disputed in its affidavit, will a real, genuine and bona fide dispute of fact be said to exist.

However, notwithstanding the views of Rogers J, it is clear from two recent decisions of the Supreme Court of Appeal (both decided after Gap and Orestisolve), that the Badenhorst principle still finds application at final order stage.

In the matter of Afgri Operations Limited v Hamba Fleet (Pty) Ltd Willis JA noted the difference in the test applied at provisional stage to the test applied at final audit stage, concluding that “(i)t may bear repeating that Plascon Evans is the locus classicus as to the test in the factual enquiry before a final order can be made in motion proceedings.”

However in coming to the finding, on appeal, that the Respondent should be placed under a final winding-up order, Willis JA criticised the judgment of the Court a quo in the following terms:

“The principles of which the Court a quo lost sight are:

(a)       as set out in Badenhorst and Kalil, once the Respondent’s indebtedness has prima facie been established, the onus is on it to show that this indebtedness is disputed on bona fide and reasonable grounds; and

(b)       the discretion of a Court not to grant a winding up order upon the application of an unpaid creditor is narrow and not wide.”

Thus perhaps even unwittingly, the Badenhorst principle came to be transposed onto to reasoning of the Court in relation to a final order of liquidation - maybe not an expected result but clear from the words of the Court.

Then again, in Freshvest Investments (Pty) Ltd v Marabeng (Pty) Ltd the SCA dealt with an appeal against the refusal of an application for winding up.  It appears from the nature of the matter that the relief sought in the Court a quo was final relief.  At the commencement of the judgment in paragraph [1] Fourie AJA noted that:

“In essence, the matter serves as a stark reminder that winding up proceedings are not designed for the enforcement of a debt that the debtor/company disputes on bona fide and reasonable grounds.  This has become known as the ‘Badenhorst Rule’…”

It is submitted that although some confusion may arise from the approach indicated in both Afgri and Freshvest, on a more careful analysis the test in Badenhorst and the Plascon Evans Rule are actually not in conflict.

Firstly the terminology of the two tests is not dissimilar.  For Badenhorst  the debt must be disputed on bona fide and reasonable grounds.  In Plascon Evans Corbett JA further stated as follows:

“In certain instances the denial by the Respondent of a fact alleged by the applicant may not be such as to raise a real, genuine or bona fide dispute of fact.”

Both tests require bona fides on the part of the defendant.  The Badenhorst test refers to a “reasonable” requirement for the dispute.  Plascon Evans refers to a “real, genuine” dispute. It is submitted that in reality, these terms are synonymous and interchangeable.

“[11] If, on the other hand, and with due regard to the application of the Plascon Evans rule, the court is satisfied that there is no genuine factual dispute regarding the existence of the applicant’s claim, there seems to be limited scope for finding that the debt is nevertheless bona fide disputed on reasonable grounds.”

Thirdly, the Plascon Evans rule is wider in its scope as it embraces the requirements of a dispute of fact and at the same time, prescribes the the thinking process that must be adopted by the Court, taking the respondent’s version with the admitted elements of the applicant’s case and then asking whether a final order is justified.

When determining whether a provisional order of liquidation should be granted, the test to be applied is no more than that expressed in Badenhorst: is the debt disputed on bona fide and reasonable grounds?

When determining whether a final order of liquidation should be granted and in order to be faithful to the dicta of the SCA in Afgri and Freshvest, strictly speaking the Court should apply the Badenhorst principle qualified by the Plascon Evans Rule.

Consequently, the Court will have to ask itself the following questions when final liquidation orders are sought: