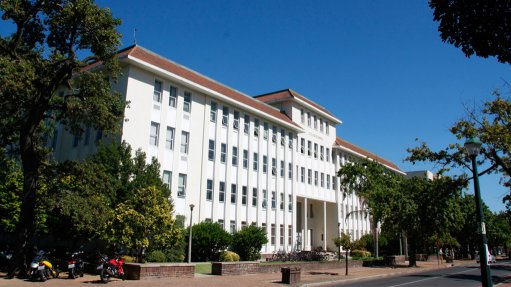 “The office of the ANC chief whip notes the announced change in language policy at the Stellenbosch University, which would see all learning at the institution being offered in English as a common language in the country,” Sizani’s office said in a statement.

“The institution’s management further announced that ‘substantial academic support’ would be provided in other South African languages in accordance with students’ needs.

“As it is to be expected, the enemy of transformation and defender of white privilege, the DA, has already spoken out in opposition of these important transformation developments both at Stellenbosch University.”

“The DA’s disgraceful statement, which seeks to stand in the way of inclusiveness and transformation at the university, is a reinforcement of [DA MP] Wilmot James’s defense of the policy in 2009 as necessary to ‘preserve its cultural heritage’,” the statement said.

In a statement on Saturday, DA spokesperson Belinda Bozzoli said the DA believed in building inclusive campuses, where students were not excluded on the basis of language or any other characteristic, but was concerned at certain aspects of the proposed policy.

The DA supported the constitutional principle that every person had the right to be taught in the official language of their choice, where reasonably practicable, and also respected the autonomy of Stellenbosch University to make decisions affecting its language policy.

“It cannot be argued that teaching in Afrikaans is not ‘reasonably practicable’. The constitutional rights of Afrikaans-speaking students, therefore, need to be upheld while those of other students of different backgrounds are also met. That is what inclusiveness means in a multicultural society,” she said.

So instead of jettisoning Afrikaans as the primary language of instruction, ways should be found to ensure that both the principles of inclusivity and language rights were upheld.

The DA also expressed concern at the consultation process undertaken by the university so far, which appeared to have been quite narrow, and may not have taken all views into consideration.

“We note, for example, that the South African Students’ Congress was consulted, but the Democratic Alliance Student Organisation was not. Students and academic staff with a wide variety of opinions surely need to be consulted, including many whose views may not accord with those of any political party or movement,” Bozzoli said.

The DA suggested the university use the next stage of its consultative process to significantly widen the pool of those consulted, to include all students, student organisations, academics, and alumni, and to ensure that all constitutional principles were duly adhered to.