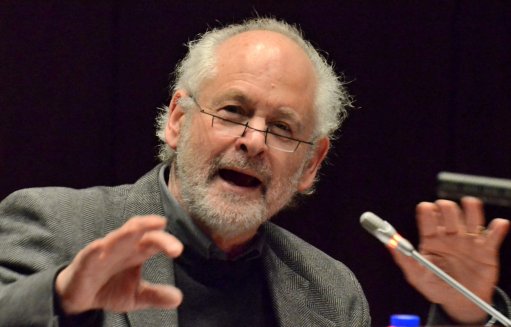 Since the recent ANC National Executive Committee (NEC) meeting, where a call was made for President Jacob Zuma to step down, conflicting perceptions have emerged. Many sensed that he had been fatally wounded and that his fall was imminent. This has been seen as part of a wider weakening in the status of the ANC itself, both as an organisation and in relation to other political organisations.

It is interesting how substantially the fate of the ANC has changed over the last two years. At the time of its 103rd anniversary in January 2015, and even when the 60th anniversary of the adoption of the Freedom Charter was celebrated in June 2015, the prospects of indefinite ANC rule seemed to be in place. This electoral dominance might have been illusory insofar as some scholars pointed to the large number of eligible voters who did not register in 2014, thus making the turnout for the ANC less than that of the 1994 elections.

While Zuma had been booed at Nelson Mandela’s funeral at the end of 2013, and was evidently a liability for the ANC and the country, he did not – until recently – seem to face any significant challenge. While there was speculation over who would succeed him, there was not a great deal of discussion about his being challenged before the end of his term of office. In any case, MPs and the NEC continued to back him, including over Nkandla spending.

All of this has changed. Removal of the ANC from power (in the sense of it not attaining over 50% of the vote in the next national elections) has now emerged as a possibility following the local government elections, which resulted in the DA – in alliance with other parties – controlling three key metros. Most analysts and politicians see the electoral setbacks of the ANC as directly related to the actions of Jacob Zuma on the national stage.

Removing Zuma may – in realpolitik – be more urgent for the ANC, despite its lacking the will to act decisively, than it is for the opposition parties who make gains from his scandals. It is nevertheless more likely that opposition parties will initiate exposures of the various scandals that beset Zuma.

Whoever may gain most from his departure, dealing with someone like Zuma is not like engaging with David Cameron of the British Conservative Party, who did the “honourable thing” by resigning after losing the Brexit referendum. The notion of honour and resigning from positions is not well established in post-apartheid South Africa. In fact, taking responsibility for what one has done remains an elusive goal and Zuma, while wounded a week ago, appears to have bounced back this week.

This has led some people to speculate that the days of Pravin Gordhan and other “troublesome” figures are numbered. But what makes prediction more difficult is that Gordhan is also acting with some confidence in relation to SARS and other problematic entities.

Much of the rhetoric around removing Zuma from ANC and MK veterans calls for the restoration of the ANC to what is seen as its true self. The assumption is that Zuma is an aberration. I do not contest that there may be few comparable figures in ANC history, but we cannot abstract or remove Zuma from the ANC, for it is the ANC that propelled him to where he is, and which made it possible for him to be in the reckoning for high office.

If the ANC bears responsibility for visiting Zuma on us (together with the SACP, COSATU and a range of shady businesspeople and figures from the underworld) we need to ask ourselves what characteristics are to be found in the ANC that need attention – beyond whether or not Zuma remains there. Without understanding the complex and contradictory character of the ANC we will not understand the Zuma phenomenon.

The same organisation that produced Mandela, Walter and Albertina Sisulu, and Oliver Tambo also produced Zuma. Zuma did not usurp any position in the ANC. Until recently Zuma was spoken of as having played a brave role in the struggle, in MK and in prison. I have also heard some negative accounts, amid general cynicism, with some asking me whether I am “sure” that Zuma was in prison for MK activities (as opposed to criminality).

But certainly he held important positions, notably ANC Chief Representative in Mozambique, long before he became president of the country. That was a crucial position to occupy.   It was the period of revival of internal resistance, after 1976, as well as an enhanced presence of MK in the country. Zuma was one of those who received many young people who left the country to join MK. The position was also of great strategic importance, in negotiating a relationship with the Mozambican state, then facing continual destabilisation by the apartheid state.

Zuma’s rise is part of ANC history, part of what was one of its heroic periods. His becoming president cannot be seen as simply an aberration. How does his becoming president co-exist with his standing alongside Nelson Mandela and others as a leader? What is it in the ANC that can create both types of leaders –the heroic and the rogues? What is it in the ANC that has made it a home for heroic figures and villains, or an environment where heroes can mutate into rogues, seemingly without much effort?

Is it not something inherent in the space where heroism and danger is performed, in secrecy, that it is also – by its nature – a space of potential abuse? (See Raymond Suttner, The ANC Underground, Jacana Media, 2008, chapter 7). Not everyone succumbed to abuse, but there may be more than many of us who were in the struggle knew of.

There is no doubt that there are many, many people who performed their role in the struggle with dedication and honour. Many of these remain unknown and ought to be known to all of us, for they contributed greatly to the freedom we fought to enjoy.

But there was a Quatro in exile. I personally did not believe stories about detention and torture and execution outside the country, because many untruths about the liberation struggle in the 1980s were spread by those who were not supporters or, in fact, who were enemies of the struggle for freedom. I came to know better: that there had in fact been abuses, albeit sometimes made possible by the conditions of security that were in place in order to address the threats that the guerrilla army faced. But the threat obviously does not justify the abuse.

What is important to know is whether the ANC has been able to cleanse itself of those who abused others, and whether it has made a sufficiently thorough self-examination of this period.

In the early 21st century I was approached by a man who I knew had been in the struggle, who said he wanted to talk to me. I did not know him very well. He had been in MK and – for no reason that he knew of – was detained and tortured in Quatro. Some of those who tortured him were people I knew or knew of, and these people had never been called to account and remained in good standing in the ANC and the post-1994 government. Some held government and diplomatic positions and were reposted to others. In other words, despite having been responsible for torturing this man, they were never held accountable and continued to flourish within the ANC and government. This man was no “troublemaker” for the ANC. In fact, when asked by his wife where he had been while detained, he was so loyal to the ANC that his response was to say that he had been on a secret mission.

This may remind some who have read of the Stalin purges how some people went to their death convinced that “if only Stalin knew” this would not be happening.

I do not have much direct knowledge of ANC abuse, though I hear repeatedly that a leading figure in MK would send people who were on dangerous missions to buy him shoes in Johannesburg. I have also heard about monies being misappropriated. No doubt there are many other stories known to many others, better placed than I am.
I do not want to suggest that abuse was confined to those in exile or to counterpose the UDF to exile, the latter allegedly embodying only virtue.

The claim that Peter Mokaba, who was active in the UDF, had been a spy circulated widely (including in at least one public media story) and there appears to have been an investigation. I recall asking Joe Nhlanhla, then ANC head of security, what had happened, and he did not answer me. I was in the leadership of the ANC at the time but was not allowed to know whether these allegations were true.

My impression is that sometimes the ANC knew that people very high up in the organisation had stolen money or worked for the enemy. But the organisation may have calculated that the embarrassment of admitting it was too great. They may have preferred to maintain the unity of the organisation by concealing betrayal and retaining in their ranks some who were compromised.

The qualities of Jacob Zuma that trouble people cannot be confined to his failing in his constitutional obligations. The ethical problems that his conduct raises go far deeper. That is why I have found it necessary to raise the question of “unfinished business” in the ANC more generally, because Zuma may be exceptional in most respects, but he also bears the imprint of the organisation that he leads.

It is also why “returning” the ANC to what it once was, will not resolve the problems of the ANC itself nor of our democratic order. That is a task that may include the ANC but also requires the involvement of a broader range of people from a variety of sectors of our society.


Raymond Suttner is a scholar and political analyst.  He is a former political prisoner for activities in the ANC/SACP underground and in the United Democratic Front. Currently he is a professor attached to Rhodes University and UNISA and his most recent book is Recovering Democracy in South Africa (Jacana and Lynne Rienner, 2015). He blogs at raymondsuttner.com and his twitter handle is @raymondsuttner