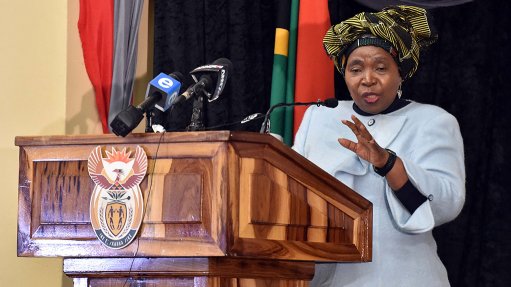 The African National Congress (ANC) in Mpumalanga has nominated Nkosazana Dlamini-Zuma as its presidential candidate, however it is likely not a true reflection of the province’s preferred candidate to replace President Jacob Zuma at the December elective conference.

The much sought after Mpumalanga province wants the mystery, unknown candidate called "Unity" for ANC president and the other top 5 positions.

News24 earlier reported that sources in Mpumalanga had said that provincial chairperson David Mabuza had instructed branches to write "Unity" next to candidates on the nomination forms.

However, these votes were recorded as abstentions by the electoral commission. Every time the officials mentioned the number of abstentions, delegates shouted "Unity".

Mabuza demanded that they change it from abstention to "Unity", however the commission officials refused.

There were 223 abstentions for the position of presidency, more than the presidential frontrunners - Deputy President Cyril Ramaphosa (117) and Dlamini-Zuma (123).

The results of branch nominations were announced at the province’s general council in Nelspruit on Friday.

The Dlamini-Zuma camp has always claimed to have Mabuza's and Mpumalanga's support. However, Mabuza has been coy about who he is backing in the fierce contest.

He has not been seen next to any of the presidential candidates while they were campaigning in his province.

Mpumalanga has emerged as a kingmaker ahead of the elective conference, as it has the second highest number of delegates going to the December conference.